Year 1998
Ahlstrand C. Herder A.
Department of Urology, Faculty of Health Sciences, Linkoping University, Sweden.
A case of primary adenocarcinoma of distal ileum used as intussuscepted nipple valve and outlet from a right colonic reservoir is reported. The tumour was diagnosed 5.5 years after the patient was operated on with cystectomy and right colonic reservoir for a moderately differentiated, muscle-invasive transitional carcinoma of the bladder.

Year 1998
Gronlund A. Lendorf A. Lauritzen AF. Kvist E.
Department of Surgery, Hillerod Hospital, Denmark.
We present a simple technique of bladder diverticulectomy. Etiology, pathogenesis, diagnosis, and treatment of bladder diverticula are discussed. We recommend this technique for common use, since it is safe and time-saving.

Year 1998
Schelin S. Palmqvist E. Madsen M. Bosson S. Eriksson T. Henricsson A. Josefsson K.
Department of Surgery, Lanssjukhuset, Kalmar, Sweden.
The antiemetic effect of prednisolone on nausea/vomiting was investigated in 67 patients with advanced prostatic cancer and a performance status of < or = 2. The study was a double-blind, placebo-controlled, randomized trial with a parallel group design. The objective was to compare the incidence and severity of nausea/vomiting between the two groups. Prednisolone or placebo was given twice daily for 3 weeks with the dose decreased during the third week from 15 mg/day to 10 mg for 3 days and finally to 5 mg/day during the last 4 days. EMP was given as two 140 mg capsules daily for 3 days at the beginning, then as four capsules for 4 days followed by six capsules for 21 days. Areas under curves (AUCs) for nausea and for nausea/vomiting scores were calculated based on the patient's diary notes: nausea (0-3), vomiting (0-6), nausea/vomiting (0-9). Control of emesis in terms of complete, moderate or poor control was registered. Pretreatment characteristics were evenly balanced. The results indicated that no statistical differences between the two groups of patients were present in AUCs for weeks 1-3 or weeks 1-4. We conclude that it was not possible to demonstrate a significant antiemetic efficacy of prednisolone. However, in all but one case the patients in the prednisolone group could be treated for at least 3 weeks without any major incidents of nausea/vomiting.
106
Версия для печати
Источник: https://gastroportal.ru/science-articles-of-world-periodical-eng/scand-j-urol-nephrol.html
© ГастроПортал
Перейти в раздел
Zhonghua Yi Xue Yi Chuan Xue Za Zhi
[The relationship between p53 mutation and esophageal cancer biological behavior]He Y. Li M. Shang…
Zhonghua Yi Xue Za Zhi (Taipei)
Tracheal agenesis with multiple congenital anomalies: a case report.Year 1998Wang CM. Chen SJ. Lu…
Z Gastroenterol
Quantification of hepatitis C virus RNA by RT-PCR in comparison to the branched DNA method.Year…
Zentralbl Gynakol
[Echinococcosis--case report and review of the literature]Year 1998Moller S. Kairies M. Krause… 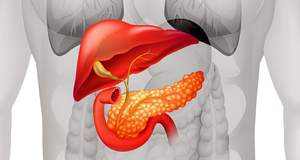