[The significance of telomerase activity in patients with gastric cancer]

Year 1998
Yagihashi A. Kameshima H. Yajima T. Watanabe N. Denno R. Hirata K.
Department of Laboratory Diagnosis, Sapporo Medical University School of Medicine.
The activation of telomerase is one of step in carcinogenesis. Therefore, it indicates that the detection of telomerase activity in tissues is useful for cancer diagnosis. TRAP assay developed by Kim et al. is sensitive enough to detect telomerase activity from a telomerase expressing cell. Using TRAP assay kit provided by Oncor Inc., we estimated quantitatively the telomerase activity from benign (atrophic gastritis), premalignant (intestinal metaplasia), and malignant tissues in the stomach. Telomerase activity in gastric cancer tissues was significantly higher than that in tissues which are characterized histologically as intestinal metaplasia or atrophic gastritis. In addition, to exclude interference with TRAP assay by telomerase or PCR inhibitor when telomerase activity was not observed in cancer tissues, the use of internal control (ITAS or TSNT) and dilution of samples should be performed.

Year 1998
Fujimoto Y. Kohgo Y.
Third Department of Internal Medicine, Asahikawa Medical College.
Cancer is thought to arise from the accumulation of several genetic mutations in a single cell. These include integration of viral genomes, activation of protooncogenes and inactivation of tumor suppressor genes. HCC is one of the most common cancers in Asia and Africa. Various studies have revealed its association with hepatitis B or C viral infection. While activation of known protooncogenes, such as ras genes does not seem to play an important role, frequent allelic loss on specific chromosomal arms, 4q, 13q, 16q and 17p, indicates that dysfunction of diverse tumor suppressor genes located on these chromosome arms is involved in the development of HCC. An informative p53 mutational spectrum of frequent G to T transversions in codon 249 is found in HCCs from either Qidong, People's Republic of China, or southern Africa. This observation links exposure to aflatoxin B1, a known cancer risk factor in these geographic regions. Recently, we found that expression of syndecan-1, which is a transmembrane heparan sulfate proteoglycan involved in cell matrix interactions and growth factor bindings, was inversely associated with metastatic potential in human hepatocellular carcinoma as like nm23-H1 expression was. Transfection with syndecan-1 gene suppresses invasive activity of hepatoma cells. These data support our hypothesis that syndecan-1 is one of important metastasis suppressor factors in hepatoma cells. PR-39 is a proline-rich antimicrobial peptide which was isolated from a pig small intestine and has been reported to induced syndecan-1 on mouse mesenchymal cells. Transfection with PR-39 gene caused induction of syndecan-1 and altered invasive phenotype and actin structure on hepatoma cells. Syndecan-1 and PR-39 may serve as a basis for design of drug or gene therapy effective against metastasis of hepatocellular carcinomas.

Year 1998
Saito K.
Division of Pathology and Laboratory Medicine, Toyama City Hospital.
We have developed a method for extracting and detecting HCV (hepatitis C virus) RNA from histologically identified lesions in post-stained paraffin sections of human liver tissues. After confirming the lesion by light microscopy, this method enabled us to extract HCV RNA selectively from hepatic nodules and surrounding cirrhosis respectively. We examined 6 HCV positive patients with 7 hepatic nodules [5 hepatocellular carcinomas (HCC) and 2 adenomatous hyperplasias (AH)] and surrounding cirrhotic tissue. After staining with hematoxylin and confirming the histologic lesions under the microscopy, the same amount of tumor and cirrhotic tissues were collected from the slide sections. RNA was extracted by GITC method (Chomczynsky's method). Positive and negative strand RNAs of HCV-NT region were amplified by reverse-transcription and double PCR methods (RT/double PCR) followed by the Southern blotting and the hybridization with HCV-NT probe. Southern blotting disclosed positive strand HCV-RNA in all tumors except one case as well as surrounding cirrhotic livers. This one case had no detectable band in any samples. Negative strand HCV-RNAs could be detected in 4 cases with 5 tumors (4 HCCs and 1 AH) and surrounding cirrhotic livers, suggesting that HCV replication (proliferation) persisted in these tissues. We have confirmed that HCV-RNA sequences are present in liver tissues in several stages of hepatocarcinogenesis (cirrhosis, AH and HCC). These findings suggest that HCV is involved in hepatocarcinogenesis in chronic hepatitis C and cirrhosis. Our method is the first report of RNA extraction from the post-stained paraffin sections allowing precise histopathologic identification of the lesions. This method will be useful for the molecular studies of archival tissues as well as for the morphological examination, because it has the characteristics of both studies.

Year 1998
Tamura A. Oita T. Sakizono K. Nakajima T. Kasakura S.
Department of Clinical Pathology, Kobe City General Hospital.
Alpha-fetoprotein (AFP) is well known as a tumor marker of hepatocellular carcinoma (HCC). AFP shows micro heterogeneity because of a structural variance in its sugar chain, and the sugar chain obtained from HCC patients has a high affinity to lectins such as Lens culinaris agglutinin. The lens culinaris agglutinin A-reactive fraction of alpha-fetoprotein (AFP-L3) was detected by a sensitive method using lectin-affinity electrophoresis coupled with antibody-affinity blotting. Of 62 HCC patients examined before initial therapy, 23 patients (37.1%) had an AFP-L3 level greater than 15%. In contrast, none of the patients with liver cirrhosis or chronic hepatitis tested were positive for AFP-L3. Seven (26.9%) of 26 patients with small HCC less than 2 cm in diameter measured on ultrasonography or computed tomography showed elevated AFP-L3 levels. Because there was no correlation observed between AFP-L3 and PIVKA-II, the combined measurement of these two complementary markers appeared to be useful in the diagnosis of HCC. When the results of both assays were combined, 34 (54.8%) of the 62 patients with untreated HCC showed elevated levels of one or both markers. The use of both markers together with imaging modalities during regular follow-up of chronic liver disease patients who are at high risk for HCC might be of great benefit.

[Immunohistochemical study on keratin no. 8, 18 and 19 expression of carcinoid tumors]

Year 1998
Moteki S. Amaki S. Nakano E.
Department of Clinical Pathology, Nihon University School of Medicine, Tokyo.
A serological feature of primary biliary cirrhosis (PBC) is the presence of high-titer antimitochondrial autoantibodies (AMA) in patient sera. Five different target mitochondrial autoantigens recognized by sera from PBC patients have been identified as subunits of the 2-oxoacid dehydrogenase complex (2-OADC), of which pyruvate dehydrogenase complex-E2 (PDH-E2) is the most prominent antigenic component. Extensive molecular and immunological studies in PBC such as cloning of mitochondrial autoantigens, mapping of both T and B cell epitopes and immunohistochemical studies have provided valuable reagents in the understanding of immunopathogenesis of PBC. We mapped the epitope recognized by AMA specific to 2-oxoglutarate dehydrogenase complex-E2 (OGDC-E2) in patients with PBC using full-length rat OGDC-E2 cDNA and a series of expression clones spanning the entire molecule. It appears that the epitope is dependent on conformation and includes the lipoic acid-binding region. Furthermore we have taken advantage of the antigenic mapping studies of PDC-E2, OGDC-E2 and branched chain 2-oxoacid dehydrogenase complex-E2 (BCOADC-E2) subunits and designed a hybrid clone, pML-MIT3, that expressed three different immunodominant epitopes. Our results indicate that an immunoassay using recombinant, cloned autoantigen is a powerful and very specific method for detecting AMA in PBC.

Year 1998
Maekawa M. Sugano K. Kashiwabara H. Taniguchi T. Nomura Y. Fujita S. Ohkura H. Kakizoe T.
Division of Clinical Laboratory, National Cancer Center Hospital, Tokyo.
Within the recent four years, there have been substantial advances in understanding the molecular pathogenesis of HNPCC. As one of the result of investigation, microsatellite instability has been observed in hereditary non-polyposis colorectal cancer (HNPCC) and other sporadic cancers. Moreover, there is strong supporting evidence that mismatch repair genes play a role in HNPCC. Here, we present our investigational results and discuss possible molecular mechanisms governing DNA mutation and genomic instability, leading to the development of neoplasm. We investigated replication error (RER) of 4 microsatellite markers (dinucleotide repeats) in 131 patients with colorectal cancer (10 met the criteria of HNPCC group B), using fluorescence-based DNA sequencer. We detected RER positivity (at more than two loci) in 12 of 131 patients (9.2%). PCR-SSCP and direct sequencing of the mismatch repair genes, hMSH2 and hMLH1, revealed that two patients in HNPCC group B had germline mutations of hMSH2. The fluorescence-based techniques, such as the present RER analysis do not require radioactive materials and specialized rooms, and can easily be performed in a clinical laboratory.

Year 1998
Miyachi H.
Department of Clinical Pathology, Tokai University School of Medicine, Isehara.
Advent of molecular biology and biotechnology have realized and facilitated analyses for DNA or RNA sequences. New technological advances have led to the automation of major part of the assay process. Automated systems have been developed for amplification and detection of nucleic acid sequence for infectious agents, using polymerase chain reaction, ligase chain reaction, strand displacement amplification, transcription-associated amplification, and nucleic acid sequence-based amplification. Development of such automated systems are based on accumulation and integration of new molecular biotechnology. There has appeared a fully automated PCR system (COBAS AMPLICOR), which amplifies target nucleic acid sequence, captures the biotinylated and amplified products on oligonucleotide-coated paramagnetic microparticles, and detects the products with an avidin-horseradish peroxidase (HRP) conjugate. Automated systems provide improvement of not only labor efficiency but also assay accuracy. Contamination with the amplified products and difficulty in interpreting test results have been overcome with introduction of new technologies such as uracil N-glycosylase and positive internal control. Recently, the extraction of a specific sequence for hepatitis C virus (HCV) RNA has been automated, and the RNA can be specifically extracted from serum by hybridization with probe-coated paramagnetic microparticles, and then subjected to in vitro amplification. Automated systems for nucleic acid extraction from a variety of clinical specimens are now desired. To be practical, an automated system for each molecular diagnostic method must assure assay rapidity, quantification, quality control and cost effectiveness. It is also important to consider how to properly use or combine the molecular diagnostic methods for an efficient approach to the diagnosis of diseases.
85
Версия для печати
Источник: https://gastroportal.ru/science-articles-of-world-periodical-eng/rinsho-byori.html
© ГастроПортал
Перейти в раздел
Zhonghua Yi Xue Yi Chuan Xue Za Zhi
[The relationship between p53 mutation and esophageal cancer biological behavior]He Y. Li M. Shang…
Zhonghua Yi Xue Za Zhi (Taipei)
Tracheal agenesis with multiple congenital anomalies: a case report.Year 1998Wang CM. Chen SJ. Lu…
Z Gastroenterol
Quantification of hepatitis C virus RNA by RT-PCR in comparison to the branched DNA method.Year…
Zentralbl Gynakol
[Echinococcosis--case report and review of the literature]Year 1998Moller S. Kairies M. Krause… 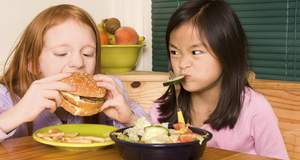