[Medical disorders which interfere with pregnancy]

Year 1998
Thoumsin HJ. Foidart JM.
Service de Gynecologie-Obstetrique, Universite de Liege.
During pregnancy, the future mother can develop several different diseases. Most of them have a benign prognosis. Cyanotic heart disease, at least when it is accompanied by significant pulmonary hypertension or induces a functional class IV represents a contra-indication to pregnancy. Pregnancy cardiomyopathy generally carries a poor prognosis and may be responsible for the mother's death. Herpes virus pneumopathy can also be extremely dangerous. Lupus erythematosus represents a factor of guarded prognosis for the outcome of pregnancy; discontinuation of the latter should be seriously considered. Hepatic steatosis which is a rare diagnosis must be distinguished from Hellp syndrome in which the maternal prognosis is much better. In this review, we shall briefly discuss various medical diseases which may have a deleterious influence on the evolution of pregnancy or on the foetus. These deleterious influences can be direct, i.e. due to the disease, or indirect, i.e. due to the therapy. We shall successively consider several neurological, cardiological, pulmonary, dermatological and digestive diseases. We shall not take into account viral infections or infections in general, diabetes mellitus or the various vasculo-renal syndromes.

[Implementation of oral rehydration in gastroenteritis in infants]

Year 1998
Rocour-Brumioul D.
Service de Pediatrie, CHR Citadelle, Universite de Liege.
The best treatment of the infant acute gastroenteritis, when it is applied at home, is oral rehydration. The latter should be limited in duration (between 12 to 24 hours at the longest), should be performed with a specifically prepared solution, should be administered in sufficient amount and should be followed with an early realimentation.

Year 1998
Scheen AJ.
Service Associe, Universite de Liege.
Ranitidine bismuth citrate (Pylorid, Glaxo-Wellcome) is a novel salt of ranitidine which provides a unique combination of properties: inhibition of secretion of gastric acid by competitive antagonism of the action of histamine at the histamine H2-receptor on the gastric parietal cell, mucosal protective effects and anti-Helicobacter pylori action. Ranitidine bismuth citrate provides effective healing and symptom relief, both in duodenal ulcer disease and in gastric ulcer disease. When coprescribed with certain antibiotics (clarithromycin alone or combined with amoxicillin or nitro-imidazole), it heals ulcers, eradicates Helicobacter pylori and prevents recurrence of the disease. Several clinical studies demonstrated that ranitidine bismuth citrate is well-tolerated and has quite similar efficacy as proton pump inhibitors.

[Clinical case of the month. Apropos of a case of adrenal ganglioneuroma: the incidentaloma]

Year 1998
Quatresooz P. Thiry A. Boniver J.
Universite de Liege, Laboratoire d'Anatomie et Cytologie pathologiques.
We present a case of adrenal ganglioneuroma discovered during a gastric exploration. We review and discuss the recent literature about "incidentaloma". We propose a reflexion about the investigation of these masses.

[Intraperitoneal chemotherapy in colorectal cancer: from the laboratory to the clinic]

Year 1998
Detroz B. Jacquet N.
Universite de Liege, Service de Chirurgie abdominale.
Some patients operated of a colo-rectal cancer can be selected to receive a post-operative adjuvant chemotherapy to decrease the risk of recurrence. The authors report the results of experimental works on intraperitoneal chemotherapy (IPC). At the laboratory, they showed that this option significantly reduced the risk of recurrences in the most frequent sites of colo-rectal cancer recurrences: liver, lymph nodes, peritoneum and the surgical site. Moreover, the survival of the treated animals was significantly prolonged compared to the controls. In human, they proved the feasibility of a intraperitoneal chemotherapy managed into the immediate post-operative period. Low morbidity, null mortality and the interesting preliminary carcinological results suggest the interest of such an option which could be confirmed by a randomized multi-centric study currently in preparation. 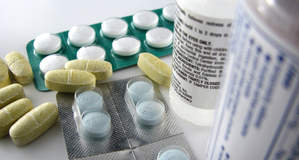