Year 1998
Rodriguez Hernandez J. Canut Blasco A. Brezmes Valdivieso MF. Martin Arribas MI. Arias Paciencia M. Santana Rodriguez E. Martin Sanchez AM.
Seccion de Microbiologia, Hospital INSALUD, Zamora.
BACKGROUND: To assess the usefulness of an enzyme immuno-assay test for the diagnosis of two familial outbreaks of Fasciola hepatica parasitosis in the Zamora area, where watercress are a normal part of the diet. PATIENTS AND METHODS: The microbiological diagnosis of two familial outbreaks of fascioliasis was analyzed, which included the search for eggs in feces by the Kato technique and two serologic tests, one screening test by indirect hemagglutination, and a confirmatory test by enzyme-immunoassay in 12 patients. RESULTS: Five out of the six seropositive patients had eggs detected in their feces. To note that two of the patients with eosinophilia that excreted eggs--one asymptomatic and the other with abdominal pain--had a positive result in the EIA test only and with high titers. CONCLUSIONS: The EIA test is useful for the diagnosis and study of fascioliasis outbreaks to interpret the significance of low titers in the screening test in patients with eosinophilia.

Year 1998
Ramos Paesa C. Arazo Garces P. Pascual Catalan A. Hermida Lazcano I. Aguirre Errasti JM.
Servicio de Medicina Interna, Hospital Miguel Servet, Zaragoza.
OBJECTIVES: To know the characteristics of chronic hepatitis C in HIV-infected patients and whether there are differences compared with HIV-negative patients, in order to obtain orientative helpful data for the diagnostic-therapeutic decision making, a usually difficult issue in these patients. PATIENTS AND METHODS: Sixty patients with criteria of chronic hepatitis C virus (HCV) criteria were studied. Thirty-three of these patients were coinfected with HIV. The possible associations between the degree of histologic damage and several variables wee studied: age, estimated time of evolution of HCV infection, transaminases, gammaglobulins, GGT, and alcohol consumption. On the other hand, the possible differences regarding the histologic hepatic aggression were assessed. An attempt was made to know whether HIV could negatively influence the evolution of chronic hepatitis C. RESULTS: A direct relationship was observed between hepatic damage, HAI and levels of GOT, GPT, GGT (p < 0.005), and gammaglobulins (p < 0.01). The degree of hepatic fibrosis was directly correlated with the GGT level (mild fibrosis: 47 +/- 34 U/l; severe fibrosis: 86 +/- 60 U/l) (p < 0.05) and the estimated evolution time of infection (p < 0.05). Alcohol consumption was associated with the fibrosis degree (p < 0.01). The degree of histologic damage was similar in the HIV-positive group (HAI: 8.3 +/- 3.6) and HIV-negative patients (HAI: 7.2 +/- 2.8), although the degree of lobular involvement was higher in HIV-positive patients (p < 0.05). CONCLUSIONS: Patients with chronic hepatitis C and infected with HIV did not have a higher degree of hepatic damage than HIV-negative patients. GOT, GPT, and gamma globulin levels, as well as a longer evolution time of HCV infection were associated with a higher degree of hepatic histologic activity. Alcohol consumption seemed to be associated with a poorer course of the liver disease in these patients.

Year 1998
Ramos Paesa C. Pascual Catalan A. Arazo Garces P. Aguirre Errasti JM. Lasierra P.
Servicio de Medicina Interna, Hospital Miguel Servet, Zaragoza.
OBJECTIVE: To know the prevalence of viral genotype in patients infected with hepatitis C virus (HCV) and coinfected with HIV and evaluate its clinical implications. PATIENTS AND METHODS: The genotype of the HVC was studied (INNO-LiPA HCV II, Imnogenetics, Belgium) in 40 patients coinfected with HIV; from 28 of these patients histologic data of chronic hepatitis were available. The most prevalent genotype was analyzed in this type of patients and its associations with different issues: risk behavior, histologic activity of liver disease and viremia level (quantitative PCR, Amplicor HCV, Roche Diagnostics). RESULTS: Genotype 1 was the most prevalent (55%), and subtype 1a predominated (36.3%). In most cases genotypes 1a and 3 were found (65%) and in four cases (10%) there was coinfection with two genotypes. The most common risk behavior was parenteral drug use (PDU) (34 cases), which might account for the higher prevalence of genotypes 1 and 3. A mild hepatic histologic activity was most frequently associated with genotype 3 compared with genotype 1 (63.6% versus 46.6%). The Knodell histologic activity index (HAI) was higher in the four patients with coinfection 1 + 3 versus the remaining patients (11.2 +/- 2.8 versus 7.8 +/- 3.6). The percentage of patients with genotype 1 with a viral load > 10(5) was higher than that of patients with genotype 3 (80% versus 7.6% [4]) (p < 0.05); in the two cases with subtype 1b viremia levels exceeded this limit. CONCLUSIONS: The prevalent HCV genotypes in patients coinfected with HIV in our environment seem to be 1a and 3, which is probably associated with the more common high risk behavior of PDU among these patients. Genotype 3 seems to be associated with a milder histologic liver damage and a lower viral load, and these two characteristics might be related. The HCV genotype should be considered in subjects coinfected with HIV to obtain a better clinical and prognostic evaluation of the chronic liver disease it causes.

Year 1998
Queiro Silva R. Ballina Garcia J. Fernandez Sanchez JA. Jirout Casillas F. Ordas Calvo C. Hernandez Mesia R. Sanchez Lombrana JL. Rodriguez Perez A.
Seccion de Reumatologia, Hospital Central de Asturias, Centro Universitario, Oviedo.
OBJECTIVES: To evaluate the prevalence, clinical and radiological characteristics, association with HLA B27 in a subgroup of patients with inflammatory bowel disease (IBD) and subclinical sacroileitis. The sensitivity of the diagnostic criteria for spondyloarthropathy in this group of patients is evaluated. MATERIALS AND METHODS: All patients with inflammatory bowel disease attending an outpatient gastroenterology unit from January 1994 to June 1994 were recruited. A total of 62 patients with IBD and without clinical evidence of axial involvement were included in the study. The demographic, clinical, and radiological characteristics were collected. The radiological examination included PA and lateral views for the dorso-lumbar, and three views (Ferguson, right and left oblique views) for the sacroiliac joints. Films were interpreted by three independent readers. The HLA B27 allele distribution was analyzed in the 62 patients and in 80 healthy controls. The modified New York criteria, Amor criteria, and European Spondyloarthropathy Study Group criteria were evaluated. Patients were prospectively followed for two years with the same initial protocol. The statistical management of data was performed with the information program SPSS/PC. RESULTS: Fifteen cases of silent sacroileitis were detected, and most of them were grade 2 unilateral sacroileitis. There was no correlation between sacroileitis and IBP type, extradigestive symptoms, disease duration, sex, or peripheral arthritis. The frequency of HLA B27 in the sacroileitis group was 20% (p < 0.05). During the two-year follow-up period none of these cases has changed from diagnostic category. The sensitivity of diagnostic the criteria for spondyloarthropathy was low in these patients (40%-53%). CONCLUSIONS: A high frequency of asymptomatic sacroileitis in patients with IBD was detected. We propose the term Silent Axial Arthropathy to define this category of patients and, as with other authors, we consider this is a third form of rheumatic syndrome in IBD, different from the classical forms of peripheral arthritis and ankylosing spondylitis.

[Acute pancreatitis and infection with the human immunodeficiency virus]

Year 1998
Sanchez Munoz LA. Ferrero Beneitez OL. Perez Boillos MJ. Munoz Sanchez J. Teira Cobo R. Baraia-Etxaburu J. Zubero Sulibarria Z. Santamaria Jauregui JM.
Seccion de Enfermedades Infecciosas, Hospital de Basurto, Bilbao, Vizcaya.
BACKGROUND: Retrospective study of the etiology and evolution of 40 episodes of acute pancreatitis in 28 patients infected with the human immunodeficiency virus (HIV). RESULTS: AIDS criteria were met by 89.3% of patients. The likely etiology was an opportunist infection in 32.5% of episodes, drug use in 22.5%, and biliary lithiasis in 5%. AP secondary to AIDS-associated cholangitis occurred in 35.7% of episodes. Sixty percent of episodes were severe in nature. The mortality rate reached 30%. CONCLUSIONS: AP in HIV infected patients: a) is more frequent in the advanced stages of disease; b) opportunistic infections and drugs are the most frequent causes in our environment; c) in a third of patients it is probably secondary to AIDS associated cholangitis; d) biliary lithiasis seems to be less common than in the general population, and e) it is associated with a high severity and mortality.

Year 1998
Jover Saenz A. Lorente Aroca LL. Rene Espinet JM. Buenestado Garcia J. Pinol Felis C. Egido Garcia R.
Departamento de Medicina, Hospital Universitario Arnau de Vilanova, Lleida.
The term "obstructive colitis" is defined by the presence of ulcero-inflammatory lesions in a colonic area proximal to a potentially obstructive lesion. Seven cases retrospectively identified during a 5-year period are here reported. They illustrate the clinico-pathological spectrum of this entity. Most patients were women, with a mean age of 66 years and with history of chronic underlying disease (diabetes mellitus and arterial hypertension). Abdominal distension and pain, as well as acute constipation were the main clinical symptoms. An adenocarcinoma predominantly located at the rectosigmoidal region accounted for the obstructive nature in 100% of cases. Macroscopically the colitis area was moderately dilated and there were single or confluent ulcers in the luminal surface. Characteristically, there was always a transitional preserved area between the obstruction and the colitis area. Microscopically, the mucosa was totally replaced by a granulation tissue with a relevant inflammatory infiltrate involving up to the muscularis propria. The cytometric study revealed and increase in the cell cycle (S-phase) and proliferation index, at the level of the obstructive lesion, with marked aneuploidy in cases with advanced neoplastic invasion. The role of mural hypoperfusion with localized ischemia in the pathogenesis is discussed. The similarities with other colonic inflammatory diseases are emphasized.
36
Версия для печати
Источник: https://gastroportal.ru/science-articles-of-world-periodical-eng/rev-clin-esp.html
© ГастроПортал
Перейти в раздел
Zhonghua Yi Xue Yi Chuan Xue Za Zhi
[The relationship between p53 mutation and esophageal cancer biological behavior]He Y. Li M. Shang…
Zhonghua Yi Xue Za Zhi (Taipei)
Tracheal agenesis with multiple congenital anomalies: a case report.Year 1998Wang CM. Chen SJ. Lu…
Z Gastroenterol
Quantification of hepatitis C virus RNA by RT-PCR in comparison to the branched DNA method.Year…
Zentralbl Gynakol
[Echinococcosis--case report and review of the literature]Year 1998Moller S. Kairies M. Krause… 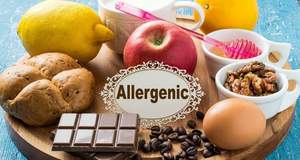