Relationship between potential doubling time (Tpot), labeling index and duration of DNA synthesis in 60 esophageal and 35 breast tumors: Is it worthwhile to measure Tpot?

Year 1998
Haustermans K. Fowler J. Geboes K. Christiaens MR. Lerut A. van der Schueren E.
Department of Radiotherapy, UZ Gasthuisberg, Leuven, The Netherlands.
BACKGROUND: In recent years Tpot (potential doubling time) has been measured before treatment in human tumors in an attempt to estimate the proliferation taking place during a course of irradiation. Tpot is defined as Ts/LI, where Ts is the duration of DNA synthesis and LI is the labeling index (proportion of cells synthesizing DNA). Ts is more difficult to measure than LI, so the question arises whether variation introduced during the determination of Ts is compensated by the theoretically better relevance of the quotient Tpot than of LI alone. It is not clear from comparisons with clinical outcome whether Tpot is a useful indicator of proliferation or whether LI is more prognostic, as suggested by a currently ongoing multicenter analysis elsewhere. Therefore, we investigated intercomparisons between Tpot and its components LI and Ts in two in their proliferation rates contrasting types of tumor where multiple biopsies were taken from each tumor. MATERIALS AND METHODS: Sixty patients with esophageal carcinoma and 57 patients with breast cancer were included in this study. All patients were injected with IUdR 6-8 h before surgery. From each tumor three to five biopsies were taken at surgery. Using flow cytometry, LI and Ts were measured on all biopsies in order to calculate Tpot. Logarithmic transformations of the distributions were used to examine correlations. Kappa-tests were used to assess how reliable an LI value could be in predicting the corresponding Tpot. RESULTS: Ts and LI were not completely independent, based on the within-tumor coefficients of variation (CVw). The ratio of between-tumor coefficient of variation (CVb) to the CVw suggested that the discriminative power of Tpot was higher than LI for esophagus, but the reverse in breast tumors, which had a larger range. Pearson correlation coefficients were high for log Tpot versus log LI in both types of tumor, but the predictive power was low, as shown by kappa-values of only 0.3-0.41 starting with LI and trying to predict the corresponding value of Tpot. Increasing widths of a central 'gray zone' were investigated for improved discrimination between fast and slow proliferation. Multiples of the within-tumor standard deviation, equally on each side of the median, were used to vary the width of the gray zone. Without a gray zone no more than 70% successful matching was obtained in esophagus tumors, compared with 80% in breast tumors. However, by excluding about half of the esophageal tumors an 80% success rate was achieved. In breast tumors over 90% matching was obtained more easily, keeping 80% of the tumors classifiable. For both tumor types correlations between Ts and Tpot were weak, with a trend towards short Ts associated with short Tpot and also with low LI. The latter correlation was significant for esophageal tumors and resulted in Tpot values having a smaller range than the LIs. CONCLUSION: Although there were good correlation coefficients between Tpot and LI, the predictive power of either from the other was not reliable, except by excluding a significant number of tumors close to the medians. The predictive value of LI for Tpot was higher for breast tumors because the spread in cell kinetic measurements was wide. Until more clinical data become available on outcome in comparison with LI or Tpot, it is still worthwhile to measure Tpot and to assess the prognostic value of both LI and Tpot in relation to outcome.

Year 1998
Bergstrom C. Palmqvist R. Denekamp J. Oberg A. Tavelin B. Stenling R.
Department of Oncology, Umea University, Sweden.
PURPOSE: A detailed analysis was undertaken of some of the factors influencing the estimate of the labelling index (LI). MATERIALS AND METHODS: Thirty-three human rectal carcinomas were studied for their proliferative activity as measured by the fraction of cells labelled with a single injection of IdUrd 1-8 h before surgical resection. Adjacent specimens were stained both for histological examination and for flow cytometry (FCM) assessment of labelled nuclei. RESULTS: Two major differences were found. The superficial parts of each tumour almost always had significantly higher LI values than the deep part (34 versus 21%), yielding an average LI of 27%. The flow cytometry average value was much lower (17%). This was partly due to the influence of diploid tumours. There was a marked heterogeneity in the values, both within tumours, between tumours and between techniques. The average LI for the whole group differs by a factor of three, depending on the method of assessment. CONCLUSIONS: All these values indicate a varying but rapid proliferative turnover of cells, surprisingly being more marked in the superficial region, i.e. the opposite from the proliferation pattern of the normal rectal mucosa. A biopsy, if taken from the superficial part of the tumour, would therefore be biased toward higher values. This has implications for biopsy sampling for cell kinetic analysis. Histological assessment avoids the contaminating effect of stromal cells, allows architectural arrangements to be detected and is presumably a more realistic representation of proliferative activity.

Radiotherapy for oesophagus carcinoma: the impact of p53 on treatment outcome.

Year 1998
Pomp J. Davelaar J. Blom J. van Krimpen C. Zwinderman A. Quint W. Immerzeel J.
Department of Radiation Oncology, Reinier de Graaf Gasthuis/Diagnostic Centre SSDZ, Delft, The Netherlands.
BACKGROUND AND PURPOSE: Wildtype p53 protein plays an important role in the cellular response to ionizing radiation and other DNA damaging agents and is mutated in many human tumours. We evaluated the relationship of the immunohistochemically determined p53 protein status and the disease control with radiotherapy alone for carcinoma of the oesophagus. MATERIALS AND METHODS: Immunostaining for p53 protein was performed on paraffin-embedded specimens from 69 patients with adeno- and squamous cell carcinoma of the oesophagus. All patients were treated by radiotherapy exclusively, consisting of a combination of external irradiation and intraluminal brachytherapy, using two different dose levels. RESULTS: Fifty-four percent (37/69) of the tumours showed overexpression of the p53 protein. No difference in pre-treatment parameters for p53-positive and p53-negative cases was detected. In multivariate analysis p53 was significantly associated with overall survival (OS) next to weight loss, tumour stage and N-stage. For metastatic-free survival (MFS) p53 status proved to be the sole independent prognostic factor. The influence of p53 on local recurrence-free survival (LRFS), however, was not as strong as on OS and MFS. CONCLUSIONS: Immunohistochemically detected overexpression of mutated p53 protein in oesophagus carcinoma was an independent prognostic factor in a group of patients treated with radiotherapy alone.

Age has no impact on acute and late toxicity of curative thoracic radiotherapy.

Year 1998
Pignon T. Gregor A. Schaake Koning C. Roussel A. Van Glabbeke M. Scalliet P.
Department of Radiotherapy-Oncology, Hopital de la Timone, Marseille, France.
BACKGROUND AND PURPOSE: Radiotherapy is a treatment method frequently employed in the management of thoracic tumours. Although the highest incidence of these tumours is found in elderly people, tolerance to radiotherapy is not well documented in older age groups. Many physicians are tempted to alter the radiotherapy planning in a population with a supposed lower life expectancy in order to prevent acute reactions whereas late reactions are often ignored. The current study aimed to determine the influence of age on the frequency and severity of acute and late side-effects and also whether the prognosis of tumours sufficiently differed between ages to justify different attitudes towards their management. MATERIALS AND METHODS: Data from 1208 patients receiving chest irradiation and included in arms designed with RT of six EORTC randomized trials were evaluated. Data were extracted by a computer program elaborated for each study and were merged in a single database for analysis. Patients were split into six age ranges from 50 to 70 years and over. Survival and late toxicity were calculated with the Kaplan-Meier method and comparison between age groups was performed with the logrank test. The gamma-statistic test was used to test the impact of age on acute toxicity occurrence. RESULTS: Survival adjusted for the primary location of the tumour was comparable in each age group (P = 0.82). Data regarding age and acute toxicity were available for 1208 patients who experienced 640 grade > or =1 toxicities. The difference in distribution over age was not significant for acute nausea, dyspnea, oesophagitis, weakness and WHO performance status alteration. Weight loss was significantly different with regards to age with a trend toward increased weight loss in older age groups (P = 0.002). To minimize actuarial bias, only patients surviving more than 90 days were analyzed for late effect risks. Late toxicities were examined only if they occurred before an eventual tumour failure in order to avoid confusion between effects of first and second line treatments. In such conditions, 1082 grade > or =1 late toxicities were recorded in 935 patients of 1106 available for analysis. The mean time to complication was 13 months and was similar in all age groups. Forty percent of patients were free of complication at 4 years, the logrank test showing no significant difference between age groups (P = 0.57). For grade >2 side-effects, the calculation did not show any difference between each age group (P = 0.1). A detailed analysis of late dyspnea and late weakness studied with the same method did not demonstrate any difference between age groups. Only grade >2 late oesophagitis demonstrated a significant trend to be more frequent in older patients (P = 0.01), but this difference disappeared after adjustment on study (P = 0.32). CONCLUSION: The absence of toxicity observed in the current study regardless of age reinforces the conviction that age per se is not a sufficient reason to exclude patients in good general condition with thoracic tumour from curative radiotherapy when medically indicated.

Year 1998
Gerard JP. Ayzac L. Hun D. Romestaing P. Coquard R. Ardiet JM. Mornex F.
Service de Radiotherapie-Oncologie, Centre Hospitalier Lyon-Sud, Lyon, France.
PURPOSE: To evaluate the long-term results of the treatment of anal canal carcinoma (ACC) with a combined concomitant radiochemotherapy (CCRT) treatment using fluorouracil (5 FU) and cisplatinum (CDDP) with a high dose of radiation therapy. PATIENTS AND METHODS: Between 1982 and 1993 a series of 95 patients were treated. Staging showed a majority of advanced squamous ACC, i.e. 6 T1, 47 T2, 28 T3, 14 T4, 53 NO, 32 N1, 6 N2 and 4 N3. Irradiation was done with high dose external beam radiation therapy (EBRT) followed by a boost with 192 Iridium implant. During EBRT all patients received one course of 5 FU continuous infusion (1 g/m2/day, days 1-4) and CDDP (25 mg/m2/day, bolus days 1-4). RESULTS: The median follow-up time was 64 months. At 5 and 8 years the overall survival was 84 and 77%, the cancer specific survival was 90 and 86% and the colostomy-free survival was 71 and 67%, respectively. The stage and the response of the tumor after EBRT were of prognostic significance. Patients with pararectal lymph nodes had an overall 5-year survival of 76% (versus 88% for non-N1). Among 78 patients who preserved their anus, the anal sphincter function was excellent or good in 72 (92%). CONCLUSION: According to these results and recent randomized trials, CCRT appears as the standard treatment of ACC. Radical surgery should be reserved for local recurrence or persisting disease after irradiation. High dose irradiation in a small volume with concomitant 5 FU-CDDP appears to give a high rate of long-term local control and survival. Careful evaluation of pararectal nodes is essential for a good staging of the disease.

Combined effects of ionizing radiation and 4-hydroperoxyfosfamide in vitro. 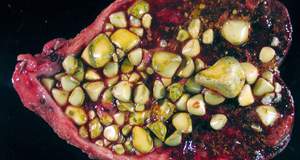