The normal and pathologic ischiorectal fossa at CT and MR imaging.

Llauger J. Palmer J. Perez C. Monill J. Ribe J. Moreno A.
Department of Diagnostic Radiology, Hospital de la Santa Creu i Sant Pau, Universitat Autonoma de Barcelona.
A wide spectrum of disease processes involve the ischiorectal fossa, including congenital and developmental lesions; inflammatory, traumatic, and hemorrhagic conditions; primary tumors; and pathologic processes outside the ischiorectal fossa with secondary involvement. Both computed tomography (CT) and magnetic resonance (MR) imaging are useful in the definitive diagnosis of these pathologic conditions, with MR imaging being the modality of choice because of its superior contrast resolution and multiplanar capability. In Gartner duct cyst, both CT and MR imaging demonstrate a well-defined, round mass; in tailgut cyst, CT demonstrates a well-defined retrorectal mass with a solid or cystic appearance. MR imaging in particular plays a major role in the assessment of fistula in ano, infection, and hematoma. Lipoma and pelvic plexiform neurofibroma typically have low attenuation and high signal intensity at CT and MR imaging, respectively. Recurrent rectal tumor appears at both modalities as an irregular soft-tissue mass with or without central necrosis in the presacral space, perineum, or pelvic sidewall. Familiarity with the imaging features and differential diagnoses of various ischiorectal pathologic processes will facilitate prompt, accurate diagnosis and treatment.

CT characteristics of metastatic disease of the pancreas.

Year 1998
Klein KA. Stephens DH. Welch TJ.
Department of Radiology, Mayo Clinic, Rochester, MN 55905, USA.
Contrast material-enhanced computed tomographic (CT) scans obtained over a 10-year period in 66 patients with metastases to the pancreas were retrospectively reviewed. The primary tumors most commonly responsible for these metastases were renal cell carcinoma (30.3%) and bronchogenic carcinoma (22.7%). Metastases showed no predilection for any particular part of the pancreas. The majority (75.8%) of metastases appeared as tumors with discrete margins, and most of these tumors were round or ovoid with smooth borders. Over three-fourths of the lesions demonstrated enhancement (usually heterogeneous). Vascular involvement was uncommon. In those patients in whom pancreatic metastases were discovered some time after the primary tumor was identified, the interval ranged from 2 to 295 months, with the longest mean interval (120.2 months) being associated with metastatic tumors from renal cell carcinoma. The appearance of these tumors at CT--predominantly hyperattenuating masses, often with nonenhancing internal components--was similar to that of primary renal cell carcinoma. In most pancreatic metastases, however, clinical information in conjunction with CT characteristics such as multiplicity of tumors or hypervascularity permit differentiation of metastases from primary neoplasm. When diagnosis of a pancreatic neoplasm is uncertain, percutaneous biopsy often permits histologic confirmation of the tumor type.

Year 1998
Buckley JA. Fishman EK.
Russell H. Morgan Department of Radiology and Radiological Sciences, Johns Hopkins Hospital, Baltimore, MD 21287, USA.
Neoplasms of the small bowel are rare lesions that account for less than 5% of all gastrointestinal tumors. Although the differential diagnosis for a small bowel tumor is extensive, various small bowel neoplasms have characteristic features at computed tomography (CT) that may aid in making a diagnosis. Small bowel adenocarcinoma may appear at CT as an annular lesion, a discrete nodular mass, or an ulcerative lesion. Non-Hodgkin lymphoma may appear as a segmental bulky mass that gradually merges into the normal bowel wall. Lymphoma is characteristically associated with marked luminal dilatation. Carcinoid tumor may appear as an ill-defined homogeneous mass that displaces bowel loops. Calcification and desmoplastic reaction in a mesenteric mass suggest the diagnosis of carcinoid tumor. Gastrointestinal stromal tumors (GISTs), both benign and malignant, may be submucosal, subserosal, or intraluminal. The CT appearance of a GIST may include a sharply defined mass with homogeneous attenuation, sometimes with calcification. Lipoma appears at CT as a well-circumscribed, intraluminal homogeneous mass with fat attenuation. Most malignant small bowel tumors are actually metastases that have spread intraperitoneally, hematogenously, or by local extension. Intraperitoneal seeding usually manifests at CT as multiple small nodular metastases along the small bowel serosa, mesentery, and omentum. In patients with Peutz-Jeghers syndrome, nonneoplastic lesions may mimic small bowel neoplasms.

Imaging of the umbilicus and periumbilical region.

Year 1998
Khati NJ. Enquist EG. Javitt MC.
Department of Radiology, George Washington University Medical Center, Washington, DC 20037, USA.
Umbilical disorders can be classified according to embryonic remnants contained in the umbilicus, including the urachus, omphalomesenteric duct, and round ligament of the liver; the extraperitoneal paravesical spaces; the umbilical ring; and the umbilicus itself. Only one of the five types of congenital urachal abnormalities (urachal cyst) is common. All anomalies associated with the omphalomesenteric duct are rare except the Meckel diverticulum, which is the most common congenital abnormality of the gastrointestinal tract. The round ligament contains the remnant of the umbilical vein, which in the presence of portal hypertension, may open, recanalize, and form a portosystemic collateral vessel. Extraperitoneal paravesical spaces that run from the umbilicus to the bladder may contain fluid collections. The umbilical ring and the umbilicus may give rise to many masses, including omphalocele, gastroschisis, various hernias, inflammatory and suppurative processes, and neoplasms. Clinical manifestations of umbilical disorders are usually nonspecific; use of cross-sectional imaging can help identify most of these entities because of their typical locations and distributions in continuity with the urinary bladder and the umbilicus and guide therapy. Understanding the anatomy and the differential diagnosis of umbilical disorders is key to arriving at a correct diagnosis and proper patient treatment.

From the Archives of the AFIP. Mucinous cystic neoplasms of the pancreas: radiologic-pathologic correlation.

Year 1998
Buetow PC. Rao P. Thompson LD.
Department of Radiologic Pathology, Armed Forces Institute of Pathology, Washington, DC 20306-6000, USA.
Mucinous cystic neoplasms of the pancreas are rare primary tumors. They have pathologic and clinical similarities to biliary cystadenomas of the liver and mucinous cystic tumors of the ovary. Mucinous cystic neoplasms of the pancreas typically affect middle-aged women and arise in the tail of the pancreas. Gross pathologic and imaging features usually are those of a large, multilocular cystic mass. There is, however, a spectrum of radiologic findings that overlaps with those of other entities including pancreatic pseudocyst, other primary epithelial and nonepithelial tumors of the pancreas, and metastases. In most cases, ultrasound and computed tomography are the mainstays for radiologic evaluation, with magnetic resonance imaging having a complementary role. All mucinous cystic neoplasms should be considered as mucinous cystadenocarcinomas of low-grade malignant potential. Complete surgical excision alone results in an excellent clinical outcome and disease-free survival, irrespective of histologic or radiologic parameters in over 90% of cases studied.

Year 1998
Stoupis C. Taylor HM. Paley MR. Buetow PC. Marre S. Baer HU. Vock P. Ros PR.
Institute for Diagnostic Radiology, Inselspital, Berne, Switzerland.
Although relatively uncommon in daily clinical practice, calcification may be found in inflammatory hepatic lesions and in benign and malignant liver neoplasms. The most common source of calcified hepatic lesions is inflammatory conditions such as granulomatous diseases (e.g., tuberculosis). The calcification typically involves the entire lesion and appears as a dense mass that can produce artifacts on computed tomographic (CT) scans. Echinococcus cysts have curvilinear or ring calcification. Hemangiomas, especially large ones, may contain large, coarse calcifications that are centrally located in areas of fibrosis; these may be seen at CT (20% of cases) or radiography (10%). In hepatocellular adenoma, calcifications may be solitary or multiple and are usually located eccentrically within a complex heterogeneous mass. Calcifications in fibrolamellar carcinoma have been reported in 15%-25% of cases at CT and occur in a wide variety of patterns. Calcifications in intrahepatic cholangiocarcinoma are typically accompanied by a desmoplastic reaction and are visible at CT in about 18% of cases. Calcified hepatic metastases are most frequently associated with mucin-producing neoplasms such as colon carcinoma. Knowledge of the pathologic features of each entity helps radiologists to better recognize the shape, size, density, number, location, and distribution of hepatic calcifications seen on images and to narrow the differential diagnosis.

Year 1998
Lee MJ. Wittich GR. Mueller PR.
Department of Radiology, Beaumont Hospital, Dublin Ireland.
Interventional radiology has an important role to play in the management of local complications of acute pancreatitis, such as necrosis, pseudocyst, and abscess. Computed tomography (CT) is preferred for guiding pancreatic interventional procedures, with the most common access routes being through the left anterior pararenal space for pancreatic tail collections and through the gastrocolic ligament for pancreatic head and body collections. Pancreatic necrosis has a high mortality if infected, and the presence of infection must be determined with CT-guided needle aspiration. Careful planning of the access route is important to avoid the colon. Catheters of 8-12 F are usually sufficient for pseudocyst drainage. An average of 2-3 weeks drainage is required if there is no communication of the pseudocyst with the pancreatic duct and many weeks to months for pseudocysts with pancreatic duct communication. Percutaneous drainage of pseudocysts is associated with success rates of 80%-90%. Pancreatic abscess drainage has quoted success rates varying between 32% (infected necrosis) and 90% (pancreatic abscess). Use of large or multiple catheters is often required for complete drainage. The management of patients with severe acute pancreatitis is time-consuming and labor intensive for interventional radiologists, and a team approach with close communication with surgical personnel is required.
27
Версия для печати
Источник: https://gastroportal.ru/science-articles-of-world-periodical-eng/radiographics.html
© ГастроПортал
Перейти в раздел
Zhonghua Yi Xue Yi Chuan Xue Za Zhi
[The relationship between p53 mutation and esophageal cancer biological behavior]He Y. Li M. Shang…
Zhonghua Yi Xue Za Zhi (Taipei)
Tracheal agenesis with multiple congenital anomalies: a case report.Year 1998Wang CM. Chen SJ. Lu…
Z Gastroenterol
Quantification of hepatitis C virus RNA by RT-PCR in comparison to the branched DNA method.Year…
Zentralbl Gynakol
[Echinococcosis--case report and review of the literature]Year 1998Moller S. Kairies M. Krause… 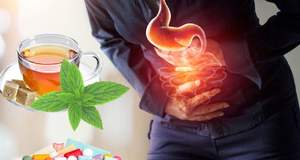