Prevalence and manifestations of hepatitis C seropositivity in children in an endemic area.

Year 1998
Lu SN. Chen HC. Tang CM. Wu MH. Yu ML. Chuang WL. Lu CF. Chang WY. Chen CJ.
Department of Internal Medicine, Kaohsiung Chang-Gung Memorial Hospital, Taiwan.
BACKGROUND: According to our previous studies, Paisha Township in Penghu Islets is an endemic area for hepatitis B virus and hepatitis C virus (HCV) infection and for hepatocellular carcinoma. We conducted this study to understand the prevalence of anti-HCV seropositivity among children in this area and to observe clinical manifestations of anti-HCV-positive children. METHODS: In March, 1994, 1164 (93.6%) of 1243 students from all 6 kindergartens, 9 primary schools and 3 middle schools in Paisha Township participated in the screening for anti-HCV by enzyme immunoassay with second generation commercial kits (Abbott EIA 2.0). Anti-HCV tests were duplicated for the positive sera in 2 laboratories. All anti-HCV-positive children were followed annually for 2 years. RESULTS: The prevalences of children from kindergartens (ages 3 to 6 years), primary schools (ages 7 to 12 years) and middle schools (ages 13 to 15 years) were 0% (0 of 229), 0.8% (5 of 617) and 1.9% (6 of 318), respectively. Initially the optic density (OD) values of anti-HCV were > 2.0 in 4 cases (36%), between 1.0 and 2.0 in 2 cases, and < 1.0 in the other 5 cases. None had sonographic parenchymal changes in the liver. In the 2-year follow-up of the anti-HCV-positive subjects, type 2a HCV-RNA persisted in 3 of 4 children with an OD of anti-HCV more than 2.0; 2 of them had 2 elevations of alanine transaminase values. Four of 7 children with an OD of 2.0 or less had a decrease in OD values in the follow-up examinations, and 2 of them became anti-HCV-negative. CONCLUSION: Only 36% (4 of 11) of anti-HCV-positive children had an OD of > 2.0. Subjects with sequentially low OD might recover from chronic HCV infection without detectable HCV RNA and with normal alanine aminotransferase values.

Year 1998
Piedra PA. Grace S. Jewell A. Spinelli S. Hogerman DA. Malinoski F. Hiatt PW.
Department of Microbiology and Immunology, Baylor College of Medicine, Houston, TX 77030, USA.
BACKGROUND: We recently showed the clinical benefit of the PFP-2 vaccine for respiratory syncytial virus (RSV) for children with cystic fibrosis (CF). OBJECTIVE: To determine the safety and immunogenicity of yearly sequential administration of the PFP-2 vaccine in CF children. STUDY DESIGN: Twenty-nine of the 34 CF children who participated in the previous study were enrolled in this open label vaccine study. All of the CF children ages 2.6 to 8.9 years received the PFP-2 vaccine, the PFP/PFP group received the PFP-2 vaccine in 1993 and 1994 and the saline/PFP group received the vaccine for the first time in 1994. At entry demographic data and measurements of lung function and nutrition were collected. Microneutralization test, enzyme-linked immunosorbent assay to F protein and Western blot assay were performed on plasma drawn before and 4 weeks after vaccination and at the end of the RSV season. During the study weekly telephone calls were made and acute respiratory illnesses were evaluated. RESULTS: Baseline measurements were similar between groups. Systemic and local vaccine reactions were mild and similar for both groups. A 4-fold or greater neutralizing antibody rise to RSV occurred in 4 of 14 (28.6%) and 9 of 14 (64.3%) in PFP/PFP and saline/PFP groups (P = 0.13), respectively. Four children in the PFP/PFP group and 7 in the saline/PFP group were infected with RSV. A reduction in lower respiratory illnesses (1.0 vs. 2.0), antibiotic courses (2.5 vs. 5.6) and days of illnesses (37.3 vs. 93.1) was observed in the PFP/PFP vaccinees infected with RSV compared with the saline/PFP group (t test; P < or = 0.05). One death occurred in the PFP/PFP group; the cause of death was consistent with septic shock and unrelated to vaccination or RSV infection. CONCLUSION: Sequential annual PFP-2 vaccination was safe and not associated with exaggerated respiratory disease.

Year 1998
Jonas MM. Ott MJ. Nelson SP. Badizadegan K. Perez-Atayde AR.
Center for Childhood Liver Disease, Combined Program in Gastroenterology, Children's Hospital, Boston, MA 02115, USA.
OBJECTIVES: To determine the safety and efficacy of interferon-alpha therapy of chronic hepatitis C virus (HCV) infection in children. STUDY DESIGN: This was an open-labeled prospective trial of interferon-alpha-2a (IFN-alpha) in children with evidence of HCV infection for at least 6 months. Twenty-three children were enrolled and treated with IFN-alpha at a dosage of 3 million units/m2 three times weekly. Beginning in 1995 patients defined as complete or partial responders after 6 months were offered an additional 6 months of treatment. Endpoints were alanine aminotransferase normalization and loss of hepatitis C viral ribonucleic acid from serum. Responders were compared with nonresponders for age, gender, duration of infection, pretreatment alanine aminotransferase and hepatitis C viral ribonucleic acid levels, saturation of serum iron-binding capacity, histologic score of chronic hepatitis and viral genotype. Statistical methods used for these comparisons included the Kruskal-Wallis test, the Mann-Whitney two-sample test and the Fisher exact test. RESULTS: Of the 21 children who completed at least 6 months of treatment, 4 (19%) had complete response, 8 (38%) had partial response and 9 (43%) had no response. Three of the 4 complete responders had prolonged treatment; in 2 the response was maintained. One responder relapsed but responded to a second, longer course of treatment. Four of the 8 partial responders had prolonged therapy and 3 of them became complete responders. One child who was originally a nonresponder lost HCV RNA within the first year after therapy. Thus eventually 7 (33%) of 21 patients were complete responders. After at least 12 months of follow-up on most of these children, no relapses have been observed. No differences in any of the variables tested could be demonstrated between responders and nonresponders, but small sample size limits power. IFN-alpha was discontinued in only one child because of side effects, and temporary dosage adjustments were needed in 4 children. CONCLUSIONS: IFN-alpha is of some efficacy in the treatment of chronic HCV infection in children. Complete or partial responders at 6 months should undergo prolonged treatment.

Year 1998
Joensuu J. Koskenniemi E. Vesikari T.
University of Tampere, Medical School, Finland.
BACKGROUND: Severe rotavirus gastroenteritis is potentially preventable by oral rhesus-human reassortant tetravalent (RRV-TV) vaccine, which may soon be licensed in the US and Europe. The objective of this study was to evaluate symptoms associated with the high titer RRV-TV vaccine given concurrently with routine childhood immunizations. METHODS: In a randomized placebo-controlled double blind trial of RRV-TV vaccine titer 4 x 10(5) plaque-forming units vs. placebo, 2282 children received all 3 doses of study vaccine between ages 2 and 7 months. Symptoms were followed by parents who also took daily rectal temperatures. RESULTS: On Days 3 to 5 after the first dose of vaccine fever 38.0 degrees C or greater was detected in 387 of 1182 (33%) infants in the RRV-TV vaccine group vs. 27 of 1194 (2.3%) infants in the placebo group (P < 0.001) and fever 39.0 degrees C or greater was detected in 40 (3.4%) and 3 (0.2%) infants in the vaccine and placebo groups, respectively (P < 0.001). Irritability, decreased appetite and abdominal cramping on Days 3 to 5 postvaccination were also more common in the RRV-TV vaccine recipients than in the placebo recipients. One child in the RRV-TV group was hospitalized and 2 more infants seen in the clinic, vs. none in the placebo group, within the 5-day period after the first dose for a reason probably related to the RRV-TV vaccine. After the second and third doses of RRV-TV vaccine, there were only minor differences between the vaccine and placebo recipients in fever on Days 3 to 5 postvaccination. CONCLUSIONS: The first dose of RRV-TV vaccine is associated with a relatively high rate of febrile and other reactions, which may require a physician visit and, rarely, hospitalization.
114
Версия для печати
Источник: https://gastroportal.ru/science-articles-of-world-periodical-eng/pediatr-infect-dis-j.html
© ГастроПортал
Перейти в раздел
Zhonghua Yi Xue Yi Chuan Xue Za Zhi
[The relationship between p53 mutation and esophageal cancer biological behavior]He Y. Li M. Shang…
Zhonghua Yi Xue Za Zhi (Taipei)
Tracheal agenesis with multiple congenital anomalies: a case report.Year 1998Wang CM. Chen SJ. Lu…
Z Gastroenterol
Quantification of hepatitis C virus RNA by RT-PCR in comparison to the branched DNA method.Year…
Zentralbl Gynakol
[Echinococcosis--case report and review of the literature]Year 1998Moller S. Kairies M. Krause… 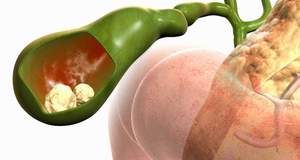