Laurent-Puig P. Beroud C. Soussi T.
Hopital Laennec Service de Chirurgie Digestive Generale et Oncologique, 42 Rue de Sevres, 75007 Paris, France. pierre.laurent-puig@biomedicale.univ-paris5.fr
A database (http://perso.curie.fr/tsoussi ) is described, in which over 1000 mutations in the human APC gene of tumors (colon cancer predominantly) are compiled from the literature. It includes both molecular information about the mutations and clinical data about the patients. Software has been designed to analyse all this information in the database.

Vaughan P. McCarthy TV.
Department of Biochemistry and National Food Biotechnology Centre, University College, Cork, Ireland.
A novel process is presented for the detection of known mutations and polymorphisms in DNA. This process, termed glycosylase mediated polymorphism detection (GMPD) involves amplification of the target DNA using three normal dNTPs and a fourth modified dNTP, whose base is a substrate for a specific DNA-glycosylase once incorporated into the DNA. The work described here utilises uracil DNA-glycosylase as the specific glycosylase and dUTP as the modified dNTP. Primers are designed so that during extension, the position of the first uracil incorporated into the extended primers differs depending on whether a mutation is present or absent. Subsequent glycosylase excision of the uracil residues followed by cleavage of the apyrimidinic sites allows detection of the mutation in the amplified fragment as a fragment length polymorphism. Variation in the sizes of the fragment length polymorphisms generated, can be readily achieved through the use of inosine bases in place of adenine bases in the upper and/or lower primers. The GMPD process is also adaptable to solid phase analysis. The use of the process for detection of mutations in the RYR1 and CFTR genes is demonstrated. Overall, the simplicity, specificity, versatility and flexibility of the GMPD process make it an attractive candidate for both small and large scale application in mutation detection and genome analysis.

Apolipoprotein B RNA sequence 3 of the mooring sequence and cellular sources of auxiliary factors determine the location and extent of promiscuous editing.

Year 1998
Sowden MP. Eagleton MJ. Smith HC.
Department of Biochemistry and Biophysics, University of Rochester School of Medicine and Dentistry, Box 712, 601 Elmwood Avenue, Rochester, NY 14642, USA.
Apolipoprotein B (apoB) RNA editing involves a cytidine to uridine transition at nucleotide 6666 (C6666) 5' of an essential cis -acting 11 nucleotide motif known as the mooring sequence. APOBEC-1 (apoB editing catalytic sub-unit 1) serves as the site-specific cytidine deaminase in the context of a multiprotein assembly, the editosome. Experimental over-expression of APOBEC-1 resulted in an increased proportion of apoB mRNAs edited at C6666, as well as editing of sites that would otherwise not be recognized (promiscuous editing). In the rat hepatoma McArdle cell line, these sites occurred predominantly 5' of the mooring sequence on either rat or human apoB mRNA expressed from transfected cDNA. In comparison, over-expression of APOBEC-1 in HepG2 (HepG2-APOBEC) human hepatoma cells, induced promiscuous editing primarily 5' of the mooring sequence, but sites 3' of the C6666 were also used more efficiently. The capacity for promiscuous editing was common to rat, rabbit and human sources of APOBEC-1. The data suggested that differences in the distribution of promiscuous editing sites and in the efficiency of their utilization may reflect cell-type-specific differences in auxiliary proteins. Deletion of the mooring sequence abolished editing at the wild type site and markedly reduced, but did not eliminate, promiscuous editing. In contrast, deletion of a pair of tandem UGAU motifs 3' of the mooring sequence in human apoB mRNA selectively reduced promiscuous editing, leaving the efficiency of editing at the wild type site essentially unaffected. ApoB RNA constructs and naturally occurring mRNAs such as NAT-1 (novel APOBEC-1 target-1) that lack this downstream element were not promiscuously edited in McArdle or HepG2 cells. These findings underscore the importance of RNA sequences and the cellular context of auxiliary factors in regulating editing site utilization. 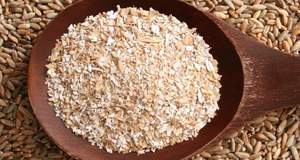