Pasqualetti P. Festuccia V. Collacciani A. Acitelli P. Casale R.
Department of Internal Medicine and Public Health, Faculty of Medicine and Surgery, University of L'Aquila, General Hospital of Coppito, Italy.
The etiology of hepatorenal syndrome is still incompletely understood, but the nonosmotic release of arginine vasopressin (AVP) seems to have an important role. Since AVP presents a well-defined daily periodicity in its production and secretion, the aim of the study was to investigate the circadian rhythm in its circulating plasma concentrations in patients with hepatorenal syndrome, compared with healthy controls. Venous blood samples were drawn during a 24 hour period at 2 hourly intervals from a peripheral vein in 10 healthy subjects and in 10 patients with hepatorenal syndrome for the determination of the circulating plasma levels of AVP by radioimmunoassay. Statistical analysis was carried out by the 'cosinor' method. The controls presented a significant (p < 0.002) circadian rhythm in the AVP circulating levels, whereas no rhythm (p > 0.05) was found in patients. The circadian rhythms were significantly (p < 0.005) different between the two groups, patients having higher mean daily concentration and lower circadian variation of AVP. These results confirm the existence of a well-defined circadian rhythm of AVP in healthy subjects, whereas the hepatorenal syndrome patients present a complete loss of the circadian rhythm. It could be hypothesized that primitive damage in circadian time-keeping regulates the circadian rhythm of vasopressinergic neurons, or has a secondary effect on the peripheral vasodilatation in the course of advanced liver disease. This great upset in the temporal and functional organization, together with that of the renin-angiotensin-aldosterone system, could play an important role in promoting and/or in the maintenance of the hydroelectrolyte imbalance that characterizes the hepatorenal syndrome.

Korzets Z. Golan E. Ben-Chitrit S. Schneider N. Chagnac A. Carel R. Bernheim J.
Department of Nephrology and Hypertension, Meir General Hospital, Kfar Saba, Israel.
Haemodialyzed (HD) patients have been found to have an increased bile cholesterol level and an increased saturation index in bile. These changes were markedly enhanced in the presence of a low-protein diet. To evaluate whether such changes influence the prevalence of cholelithiasis in patients with end-stage renal failure, real-time sonography was performed to detect the presence of gallstones (GS) in 54 HD (28 males, 26 females, mean age 52.4 +/- 15.4 years) and 39 continuous ambulatory peritoneal dialysis (CAPD; 22 males, 17 females, mean age 59.1 +/- 14.9 years) patients. No patient had diabetes. The patients' charts were reviewed for the following data: age, sex, primary renal disease, obesity (20% above ideal weight), history suggestive of gallbladder disease or previous cholecystectomy, duration of dialysis, and serum cholesterol levels. Overall, cholelithiasis was documented in 12 of 93 (12.9%) patients, 7 HD and 5 CAPD. When comparing the factors outlined above, no significant difference was found between HD and CAPD patient groups, either with or without cholelithiasis. Gallbladder disease was asymptomatic in all except 1 patient who required cholecystectomy. Using a healthy control group consisting of local age- and sex-matched inhabitants, GS were found in 8 of 134 (6%) of them (p > 0.05). We conclude that the prevalence rate of GS in our dialysis population (HD and CAPD) is similar to that of a local general population following a western-style diet, irrespective of dialysis mode.
71
Версия для печати
Источник: https://gastroportal.ru/science-articles-of-world-periodical-eng/nephron.html
© ГастроПортал
Перейти в раздел
Zhonghua Yi Xue Yi Chuan Xue Za Zhi
[The relationship between p53 mutation and esophageal cancer biological behavior]He Y. Li M. Shang…
Zhonghua Yi Xue Za Zhi (Taipei)
Tracheal agenesis with multiple congenital anomalies: a case report.Year 1998Wang CM. Chen SJ. Lu…
Z Gastroenterol
Quantification of hepatitis C virus RNA by RT-PCR in comparison to the branched DNA method.Year…
Zentralbl Gynakol
[Echinococcosis--case report and review of the literature]Year 1998Moller S. Kairies M. Krause… 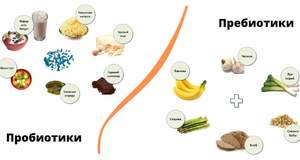