Year 1998
Ardizzi A. Grugni G. Saglietti G. Morabito F.
Istituto Scientifico Ospedale San Giuseppe, IRCCS, Piancavallo, Verbania.
The liver plays an important role in the intermediate metabolism of numerous substances involved in hormonal action. Starting from the presupposition that the pineal has an inhibitory effect on the reproduction system through melatonin (aMT) and that hepatic cirrhosis can be included among the pathologies characterised by sexual disorders, the authors felt that it was interesting to evaluate the light/darkness rhythm of aMT in some patients suffering from hepatic cirrhosis in order to highlight the possible pathogenetic role of aMT in causing the altered sexual activity observed in this pathology. A total of 4 subjects (3 males and 1 female), with a mean age of 60.5 years, suffering from hepatic cirrhosis and a matched group of healthy controls were included in the study. Circadian changes in aMT plasma levels and plasma levels before and after TRH stimulus (200 micrograms) of aMT and PRL were studied in all subjects. The results revealed the presence of a circadian rhythm of aMT with a nocturnal peak secretion in both groups; in patients with cirrhosis, however, the rhythm appeared to be "out of phase" and presented a late and prolonged increase in aMT compared to controls. Responses to TRH did not show any differences in aMT between the two groups, but the response to PRL was higher and longer than in hepatopathic patients. These findings showed an alteration in the secretory pattern of aMT in cirrhotic patients which can be attributed to reduced hormone metabolism at an hepatic level. The altered response to PRL is attributable to an altered neurotransmitter function at the central level.

[Laboratory diagnosis of intestinal micro-parasitosis in AIDS patients: state of the art]

Year 1998
Terra L. Pellicano S. Milano M.
Ospedale S. Giovanni di Dio, Divisione di Malattie Infettive, ASL n. 5, Crotone.
BACKGROUND: The diarrhea, often associated with growing thin and weight loss, is important for nutritional state and quality of life in AIDS patients. It was demonstrated that patients with AIDS who present diarrhea have a greater degree of immunosuppression than those without diarrhea, predisposing the gastrointestinal tract to the action of protozoa, bacterial, viral, fungal pathogens which may cause morbidity and death. HIV-patients are particularly susceptible to protozoa infections. Cryptosporidium infection is among the most common causes of enteric disease but Microsporidium (Enterocytozon bieneusi) and Cyclospora are emerging as potentially important enteric pathogens in AIDS patients. In spite of frequent interest of gastrointestinal tract the knowledge of diarrhea syndromes AIDS-related are often greatly limited by diagnostic difficulties. OBJECTIVE: A review is made of the different laboratory methods employed in intestinal microparasitosis in the light of considerable dangerousness and aggressiveness of some protozoa on HIV-patients. METHODS: The methods for the diagnosis of intestinal microparasitosis are based particularly on direct diagnosis (macroscopic or microscopic examination at fresh or after concentration) or an immunological diagnosis. RESULTS: The laboratory methods available at present permit to evidence different protozoa not evidenced in the past and without invasive techniques. CONCLUSIONS: The etiological diagnosis of diarrhea in AIDS-patients is often difficult and/or disappointing. Epidemiological knowledge on protozoa pathology has been limited by diagnostic difficulties but their identification is important particularly because an increasing therapeutic regimens are now available to treat these infections.
38
Версия для печати
Источник: https://gastroportal.ru/science-articles-of-world-periodical-eng/minerva-med.html
© ГастроПортал
Перейти в раздел
Zhonghua Yi Xue Yi Chuan Xue Za Zhi
[The relationship between p53 mutation and esophageal cancer biological behavior]He Y. Li M. Shang…
Zhonghua Yi Xue Za Zhi (Taipei)
Tracheal agenesis with multiple congenital anomalies: a case report.Year 1998Wang CM. Chen SJ. Lu…
Z Gastroenterol
Quantification of hepatitis C virus RNA by RT-PCR in comparison to the branched DNA method.Year…
Zentralbl Gynakol
[Echinococcosis--case report and review of the literature]Year 1998Moller S. Kairies M. Krause… 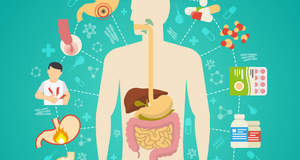