Year 1998
Funaki NO. Tanaka J. Imamura M.
Department of Surgery, Shiga Medical Center for Adults, Moriyama City, Japan.
In conjunction with strategies introduced in recent years to identify cancer micrometastasis through amplification of cancer-associated mRNA, we developed a highly sensitive system to detect alpha-fetoprotein mRNA in circulating peripheral blood of hepatocellular carcinoma patients. The aim of the present study was to make our original system quantitative. Peripheral venous blood from patients with hepatocellular carcinoma and alpha-fetoprotein-producing gastric carcinoma was subjected to reverse transcription followed by our original three-step polymerase chain reaction co-amplifying both the original sequence and our synthetic competitor. We succeeded in modifying our system for quantitative analysis, and investigated the perioperative change, the postoperative change and the change after chemotherapy in order to illustrate the possible application of this method. The quantitative analysis of alpha-fetoprotein mRNA present in the peripheral blood represents a useful tool for analyzing the relationship of surgery to recurrence, the effect of chemotherapy, and to predict impending recurrence in patients with hepatocellular and alpha-fetoprotein-producing gastric carcinomas.

Expression of the messenger RNA for gonadotropin-releasing hormone and its receptor in human cancer cell lines. 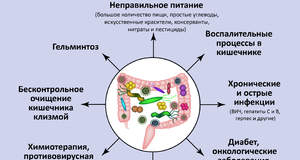