Year 1998
Levin S. Catalano E. Alexander JB. Pello M.
Department of Surgery, The Cooper Health System, Robert Wood Johnson Medical School, Camden, NJ, USA.
We report a solitary leiomyoma of the superior mesenteric artery resulting in arterial occlusion and gangrenous bowel. On histologic evaluation the lesion extended into the vessel lumen off its stalk and showed immunostaining for smooth muscle antigen and desmin. Leiomyomas can arise anywhere there is smooth muscle and occur most commonly in the uterus followed by the skin and gastrointestinal tract. We could not identify any previous case in the literature of a leiomyoma arising from within the wall of a mesenteric vessel.

Year 1998
Azakie A. McElhinney DB. Dowd CF. Stoney RJ.
Division of Vascular Surgery, University of California, San Francisco, USA.
Aberrant origin of the right subclavian artery is the most common abnormality of the aortic arch vessels and occurs in approximately 0.5% to 1% of the population. Symptoms can result from compression of the esophagus by the aberrant vessel, aneurysm formation, or atherosclerotic occlusion. Occlusive symptoms are typically relieved by surgical revascularization (i.e., transposition or carotid-subclavian bypass) through a cervical approach. An alternative approach to the management of stenosis of normal subclavian arteries is percutaneous angioplasty and stenting, an approach not previously used for occlusive disease of an aberrant right subclavian artery. We describe a case of focal stenosis of an aberrant right subclavian artery causing dizziness and arm claudication in a patient who underwent successful percutaneous angioplasty and stenting. 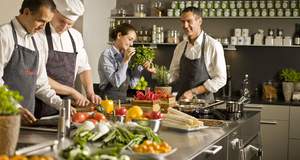