Year 1998
Kiruparan P. Pettit SH.
Department of Surgery, Victoria Hospital, Blackpool, UK.
The results of 215 laparoscopic transabdominal pre-peritoneal inguinal hernia repairs are reported with a follow-up of 1-4 years (median 2.5 years). The patients" age range was 17-85 (median 59 years). Three recurrences occurred in the first 75 repairs, where a 12 x 7 cm mesh was used. There has been no recurrence in the subsequent 140 repairs where a larger 15 x 10 cm mesh was used for the repair. A total of 5% of patients developed urinary retention after the operation and a further 13% developed minor complications. The procedure was remarkably pain-free, with 25% requiring no analgesia after the operation and 67% requiring no analgesia after discharge from hospital. There was a rapid return to normal activity, with 55% driving within 1 week of the operation and 85% within 2 weeks. Sixty per cent returned to work within 2 weeks of the operation and 69% within 3 weeks. Forty-two of the patients had undergone a previous open hernia repair and 93% of these preferred the laparoscopic repair as there was less post-operative pain and a quicker recovery. The results show that laparoscopic hernia repair is remarkably pain-free, allows a rapid return to normal activity and has a low recurrence rate when a 15 x 10 cm mesh is used.

Year 1998
Kubba H. Hussain SS.
Department of Otolaryngology and Head and Neck Surgery, Freeman Hospital, Newcastle upon Tyne, England.
The use of a mechanical stapling device during excision of a pharyngeal pouch is now becoming more common, and has many advantages including less contamination of the wound by pharyngeal contents and a shorter operating time. The manufacturers recommend dividing the neck of the pouch flush with the stapler before removing the stapler. We report a case where the stapler failed, leaving a larger defect in the pharyngeal wall necessitating a hand sutured closure. We recommend a change in practice: an artery forcep is applied across the pouch distal to the stapler, the stapler is then removed and the staple line inspected before dividing the pouch.

Year 1998
Lobo DN. Clarke DJ. Barlow AP.
Department of Surgery, Lincoln County Hospital NHS Trust, UK.
An obturator hernia is exceedingly rare and the diagnosis is usually made at laparotomy for small bowel obstruction. Several methods of dealing with the hernial defect have been described. Two cases of obturator hernias in nonagenarians are reported and a new, simple and effective method of repairing the hernia by suturing a polypropylene (Prolene) mesh to Cooper's ligament is proposed.

Non-iatrogenic perforation of the stomach by a chest tube in a patient with traumatic diaphragmatic hernia.

Year 1998
Yahya AI. Przybylski J.
Surgical Department, Zliten Central Hospital, Libya.
A 40-year-old Libyan male was admitted to the intensive therapy unit of Zliten Central Hospital, Libya after a road traffic accident in which he had been the driver. On physical examination he was irritable, dyspnoeic, cyanotic, had contusions and abrasions on his chest and abdomen (mainly on the left side), a lacerated wound on the forehead, a large haematoma over the left thigh and tenderness over the left side of the chest and abdomen.

Year 1998
Choi D. Carter R.
University Department of Surgery, Glasgow Royal Infirmary, UK.
Sigmoid volvulus may be treated by sigmoidoscopic reduction and elective sigmoidopexy or resection at a later stage, provided there is no evidence of peritonitis, perforation or rectal bleeding. However, operative treatment, whether urgent or elective, is associated with a relatively high morbidity and mortality. An endoscopic technique of sigmoidopexy is reported which is relatively quick and straightforward to perform, and is likely to have a lower rate of morbidity and mortality than conventional techniques for the treatment of sigmoid volvulus.

Pancreatic tuberculosis: case reports and review of the literature.

Year 1998
Lo SF. Ahchong AK. Tang CN. Yip AW.
Department of Surgery, Kwong Wah Hospital, Kowloon, Hong Kong.
Tuberculosis affecting the pancreas is rare. Its occurrence may pose a diagnostic problem in differentiating it from carcinoma of the pancreas. Two cases of tuberculosis affecting the pancreas are reported, illustrating the value of fine needle aspiration in such a situation. The response of the disease to antituberculous drugs was slow, but sure.

Year 1998
Prior MJ. Williams EV. Shukla HS. Phillips S. Vig S. Lewis M.
Department of Surgery, East Glamorgan General Hospital, Pontypridd, Mid Glamorgan.
We present a prospective randomized study of 80 patients with inguinal hernia who underwent either a modified Bassini repair (n = 38) or a Lichtenstein mesh repair (n = 42). Treatment groups were matched for age, side of hernia, type of hernia and ASA grade. There was no difference in the time taken to perform the two operations: the mean time taken to perform Lichtenstein repair was 26.8 min (range 12 to 49), Bassini repair taking a mean of 27.5 min (range 9 to 51), P = 0.76. There was, however, a difference between the operating times with respect to the type of hernia present, direct hernias being the fastest to repair. Pain scores were assessed by a visual analogue scale, and there was significantly less pain in the Lichtenstein group, P = 0.028. Despite this, there was no difference between the analgesic requirements of the two groups, P = 0.073. In order to assess rehabilitation, lengths of time not working and not driving were assessed. There was no difference in either measurement, P = 0.335 and 0.467 respectively. Patients were followed up a mean of 7 weeks post-operatively (range 1 to 13 weeks). There was no significant difference between the two procedures with regard to post-operative urinary complications, wound infection or other complications. All measurements except the time taken to perform the operation were independent of the surgeon involved. The accuracy of the clinical diagnosis was also assessed, and found to be moderate, with 63% of diagnoses being correct.

Year 1998
Williams N. Bello M.
Department of Surgery, Leicester Royal Infirmary, UK.
To determine if perforation rate is a function of delayed diagnosis or delayed presentation in childhood acute appendicitis we performed a retrospective casenote review of 101 consecutive children undergoing emergency appendicectomy over a 12-month period. The perforation rate was 7% in those children presenting with symptoms of 1 day or less and was significantly greater (33%, Chi 2 = 9.45, P < 0.01) in those who had had symptoms for more than 1 day at presentation. There was no difference in in-hospital delay between the groups. A high perforation rate was found to be a feature of delayed presentation.

Achalasia cardia in infancy and childhood: an Indian experience.

Year 1998
Thomas RJ. Sen S. Zachariah N. Chacko J. Mammen KE.
Department of Paediatric Surgery, Christian Medical College & Hospital, Vellore, India.
Seven children with achalasia cardia, six of them infants, were seen over a 10-year period. In infantile achalasia, respiratory symptoms predominate and vomiting may easily be mistaken for gastroesophageal reflux (GER). Vomiting of uncurdled milk is characteristic of achalasia. Six children underwent esophagocardiomyotomy with good results in five. The procedure was transthoracic in two and transabdominal combined with an anterior fundoplication in the others. There was one post-operative death. Achalasia and alacrima were associated in two infants. One baby with this association also had a neurogenic bladder.

The use of laparoscopy in a case of appendiceal cystadenoma presenting as pseudomyxoma peritonei in an inguinal hernial sac.

Year 1998
Edwards DP. Scott HJ.
Department of Surgery, St Peter's Hospital, Chertsey, Surrey, UK.
A case is reported of a patient with a benign appendiceal neoplasm presenting incidentally with mucin in an inguinal hernial sac. Only one such case of a benign tumour, and one such case of cystadenocarcinoma, have previously been reported. In neither of these cases was laparoscopy used in diagnosis or staging of the disease. We review the management of such cases in light of recent proposed changes to pathological classification.
104
Версия для печати
Источник: https://gastroportal.ru/science-articles-of-world-periodical-eng/j-r-coll-surg-edinb.html
© ГастроПортал
Перейти в раздел
Zhonghua Yi Xue Yi Chuan Xue Za Zhi
[The relationship between p53 mutation and esophageal cancer biological behavior]He Y. Li M. Shang…
Zhonghua Yi Xue Za Zhi (Taipei)
Tracheal agenesis with multiple congenital anomalies: a case report.Year 1998Wang CM. Chen SJ. Lu…
Z Gastroenterol
Quantification of hepatitis C virus RNA by RT-PCR in comparison to the branched DNA method.Year…
Zentralbl Gynakol
[Echinococcosis--case report and review of the literature]Year 1998Moller S. Kairies M. Krause… 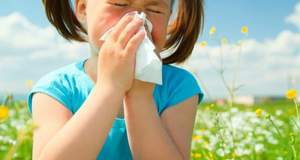