Year 1998
Lee DY.
Department of Pediatrics, Institute for Medical Science, Chonbuk National University Medical School, Chonju, Korea.
Insulin-like growth factors (IGFs) are bound by several IGF-binding proteins (IGFBPs) that appear to regulate IGF transportation, receptor binding and action. In adult human serum, most of IGFs are bound in a 150 kDa complex which could not cross the capillary wall. We measured IGF-I and IGFBPs in chyle by radioimmunoassay and western ligand blot. The concentration of IGF-I in chyle was only 15% of the corresponding serum level and most of IGF-I was found in 50 kDa complex. The IGFBPs profile in chyle, especially IGFBP-3, was different from that of serum. The concentration of IGFBP-3 in chyle was much less than in serum and the size of glycosylated IGFBP-3 was different from that of serum. However, the size and relative amount of IGFBP-1 and -2 in chyle were similar to serum. This finding indicates that IGF-I and IGFBPs in chyle to a large extent originate in the vascular system and only the 50 kDa complex can cross the capillary barrier.

Year 1998
Ahn MJ. Han D. Park YJ. Park GT. Sohn DH. Lee YY. Jung TJ. Choi IY. Kim IS. Jang SJ.
Department of Internal Medicine, Hanyang University College of Medicine, Seoul, Korea.
Pernicious anemia is an autoimmune disease characterized by a gastric mucosal defect which results in an insufficiency of intrinsic factor to facilitate the absorption of the physiologic amount of cobalamin. Increased risk of cancers of the stomach has been reported for patients with pernicious anemia. We report here a case of a 65 year old woman who had been diagnosed as having pernicious anemia 16 months previously, was receiving monthly vitamin B12 injections, and developed early gastric cancer type IIa by routine follow-up gastroscopic examination. This patient underwent endoscopic mucosal resection for an early gastric cancer lesion with a free resection margin.

A case of autoimmune cholangitis associated with Sjogrens syndrome and arthropathy.

Year 1998
Choi BI.
Department of Radiology and Institute of Radiation Medicine, Seoul National University College of Medicine, Korea. choibi@radcom.snu.ac.kr
Hepatocellular carcinoma (HCC) frequently occurs in association with liver cirrhosis, as chronic liver disease is one of the most important factors in carcinogenesis. In addition to HCCs, recent reports of pathologic studies of resected specimens from cirrhotic liver describe associated small nodular lesions such as regenerative nodule, dysplastic nodule (adenomatous hyperplasia), and dysplastic nodule with subfocus of HCC (early HCC). In hepatocarcinogenesis of the cirrhotic liver, a regenerative nodule might be the first step in the development of HCC, going through phases of dysplastic nodule, early HCC and early advanced HCC in a multistep fashion. Fortunately, recent advances in various imaging techniques have facilitated the verification of these nodules. In this review, new nomenclature of small hepatocellular nodules, and detection and characterization of hepatic nodules in carcinogenesis with various imaging techniques are described with focus on the premalignant lesions and early stage of HCC. In addition, the efficacy of various imaging techniques for diagnosing them is discussed. Although the terms and definitions of these nodules are still variable and controversial, familiarity with the concept of these borderline lesions is important.

Nuclear overexpression of bcl-2 oncoprotein during the progression of human stomach cancer.

Year 1998
Lee SS. Cho KJ. Hong SI. Myoung NK. Jang JJ.
Department of Anatomic Pathology, Korea Cancer Center Hospital, Seoul National University College of Medicine.
We unexpectedly observed strong nuclear overexpression of bcl-2 protein in advanced stomach cancer. As far as we know, such expression has not yet been reported. To investigate the significance of nuclear expression of bcl-2 protein in gastric carcinoma, we immunohistochemically analyzed bcl-2 overexpression in a gastric carcinogenic sequence, including 19 tubular adenomas (TA), 20 early carcinomas (EGC), and 20 advanced carcinomas (AGC). While TA displayed a specific granular and supranuclear cytoplasmic staining pattern, adenocarcinomas showed a strong nuclear staining pattern. Nuclear staining of bcl-2 was observed in 50% of AGC, 30% of EGC, and 10% of TA; cytoplasmic staining, on the other hand, was observed in all TA, 5% of EGC, and 10% of AGC. Nuclear bcl-2 overexpression differed according to the histologic type of AGC, occurring in 67% of the diffuse type and 25% of the moderately-to-well differentiated type. In the diffuse type, nuclear bcl-2 positive AGC predominated. In metastatic lesions, the pattern of bcl-2 immunostaining was almost identical to that seen in primary tumor. These results suggest that nuclear expression of bcl-2 may be related to malignant transformation in the stomach and is frequently associated with diffuse type advanced gastric adenocarcinomas.

Year 1998
Seo JH. Kim KW. Park BC.
Department of Molecular Biology, Pusan National University, Korea.
The P3 promoter of the human insulin-like growth factor II (IGF-II) is the major IGF-II promoter in fetal liver (FL) and hepatocellular carcinoma (HCC). However, little information is available on the transcriptional factors (TFs) controlling IGF-II gene expression in human liver cirrhosis (LC) and HCC tissues. To evaluate the protein-binding patterns in the P3 promoter region, we performed electromobility shift assay (EMSA) and DNase I footprinting assay using nuclear extracts from human FL, LC and HCC tissues. EMSA showed considerable differences in binding patterns of proteins to P3 promoter region according to different nuclear extracts used in this study. By footprinting assay, eight footprints were observed in extracts. In addition, LC extract showed two specific binding at L1 [-80:+30] and L2 [-126:-80] regions, and HCC showed two specific binding at H1 [-176:-120] and H2 [-210:-177] as well as two liver specific binding (L1 and L2). Footprinting after immunoprecipitation indicates that Egr1, Egr2 and Sp1 could bind to P3 promoter directly, while c-jun and c-fos could not bind to these region directly. Further study is required to determine the function of these proteins. 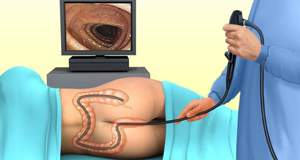