Review of epidemiological studies on health effects from exposure to recreational water.

Year 1998
Pruss A.
World Health Organization, Urban Environmental Health, Division of Operational Support in Environmental Health, Geneva, Switzerland.
BACKGROUND: In order to facilitate the setting of guidelines, this review article evaluates the health risks caused by poor microbiological quality of recreational natural water. METHODS: Studies on uncontrolled waters, such as sea, lakes and rivers were considered in this review through MEDLINE and WHO resources. Out of the 37 studies identified, 22 were reviewed because they addressed associations of interest and fulfilled the validity criteria. RESULTS: Most studies reported a dose-related increase of health risk in swimmers with an increase in the indicator-bacteria count in recreational waters. Relative risk (RR) values for swimming in polluted water versus clean water were often significant (usually 1.0 < RR < 3.0). The indicator microorganisms that correlate best with health outcomes were enterococci/faecal streptococci for both marine and freshwater, and Escherichia coli for freshwater. In both marine and freshwater, increased risk of gastro-intestinal symptoms was reported for water quality values ranging from only a few indicator counts/100 ml to about 30 indicator counts/100 ml. These values are low compared with the water qualities frequently encountered in coastal recreational waters. Studies which showed a higher threshold for increased risk and case-rate values in some countries may suggest immunity due to endemicity or a lower pathogen-to-indicator ratio in the natural waters. CONCLUSIONS: The review strongly suggests a causal dose-related relationship between gastrointestinal symptoms and recreational water quality measured by bacterial indicator counts.

A review of hepatitis C virus (HCV) vertical transmission: risks of transmission to infants born to mothers with and without HCV viraemia or human immunodeficiency virus infection.

The prevalence of hepatitis A antibodies among Israeli travellers and the economic feasibility of screening before vaccination.

Year 1998
Schwartz E. Raveh D.
Travel Medicine Center, Misgav Ladach Hospital, Jerusalem, Israel.
BACKGROUND: Hepatitis A (HA) is the most common vaccine-preventable disease among travellers. The probability of contracting the disease depends on the endemicity in both the destination and country of origin of the traveller. The introduction of the new highly effective but expensive inactivated HA vaccine necessitates a re-evaluation of HA prevention policy. In highly developed countries all travellers require vaccination. In highly endemic areas the entire population is immune. In Israel, HA seroprevalence declined from 94% in the early 1970s to < 60% in the mid 1980s. Living in a country in which the HA endemicity is changing, we studied the current situation of HA seroprevalence among travellers and the cost-benefit of screening for HA IgG before vaccination. METHODS: Israeli travellers of all ages, (range 22-74 years) expecting to spend a considerable time abroad presented to the travel clinic for pre travel advice and vaccination. A brief medical history was taken, including history of jaundice. Blood for HA IgG testing was drawn. RESULTS: In the present study, 389 Israeli travellers were screened for HA IgG. Overall, 46% were seropositive: 26% in the 21-30 group (n = 102); 37% in the 31-40 group (n = 145); 62% in the 41-50 group (n = 62); and 79% in the > 50 group (n = 80). CONCLUSIONS: In countries where hepatitis A endemicity is changing, an evaluation of seroprevalence and then a cost benefit calculation should be made. In Israel, assuming a current cost of $130 for vaccination and $30 for the IgG test, it is economically valid to screen Israeli travellers > 30 years old for HAV IgG before vaccination. A formula is presented for calculating the cost benefit ratio in any country, based on local endemicity according to age group.

Intakes of selected foods and beverages and the incidence of gastric cancer among the Japanese residents of Hawaii: a prospective study.

Year 1998
Galanis DJ. Kolonel LN. Lee J. Nomura A.
Cancer Research Center of Hawaii, University of Hawaii, Honolulu, USA.
BACKGROUND: We report on the associations between the intake of certain foods and beverages and the incidence of gastric cancer in a cohort of 11,907 randomly selected Japanese residents of Hawaii (6297 women and 5610 men). METHODS: The daily intake of six beverages, cigarettes and alcohol and the weekly frequency of intake of 13 foods and food groups was estimated with a short food frequency questionnaire. Over an average follow-up period of 14.8 years, 108 cases of gastric cancer (44 women, 64 men) were identified via linkage to the Hawaii Tumor Registry. RESULTS: In gender-combined proportional hazards analyses, the consumption of fresh fruit seven or more times per week was associated with a significantly reduced risk of gastric cancer, compared to lower levels of consumption (relative hazard (RH): 0.6, 95% confidence interval (CI): 0.4-1.0, P = 0.03). The combined intake of fresh fruit and raw vegetables was inversely associated with the risk of gastric cancer in the total cohort, and among the men (P < 0.05). No significant relationships were found between gastric cancer incidence and the intake of pickled vegetables, miso soup, dried or salted fish, or processed meats among either gender. Compared to non-drinkers, men who drank one cup of coffee per day had a significantly elevated risk of gastric cancer (RH: 2.5, 95% CI: 1.0-6.1, P = 0.05), but there was no evidence of a dose-response relationship. Cigarette smoking and consumption of alcohol were not related to gastric cancer, in analyses restricted to the men. CONCLUSIONS: The results related to fruit and vegetable intake are consistent with an anti-nitrosating effect of these foods, while the unexpected association between coffee consumption and gastric cancer is difficult to explain and may represent a chance finding.

Risk of gastroenteritis among triathletes in relation to faecal pollution of fresh waters.

Year 1998
van Asperen IA. Medema G. Borgdorff MW. Sprenger MJ. Havelaar AH.
Department of Infectious Diseases Epidemiology, National Institute of Public Health and the Environment, Bilthoven, The Netherlands.
BACKGROUND: We conducted a prospective cohort study among endurance athletes to investigate the effects of microbiological water quality on the risk of gastroenteritis after bathing in fresh waters that meet current water quality standards. We aimed to establish quantitative relationships, in order to evaluate current bathing water standards. METHODS: The study was spread over two summers, during which 827 triathletes (swimmers) in seven Olympic distance triathlons and 773 participants in 15 run-bike-runs (non-swimming controls) participated. Intensive water quality monitoring was used to assess exposure to faecal indicator organisms and detailed questionnaires were used to collect data on the occurrence of health complaints and potential confounding factors. RESULTS: The microbiological water quality at the time of the triathlons met current Dutch and European bathing water standards. Dependent on the case definition studied, gastroenteritis developed in 0.4-5.2% of swimmers and 0.1-2.1% of non-swimmers in the week following exposure (odds ratio [OR] = 1.6-2.3). Attack rates and burden of disease varied with the case definition used. Among swimmers, the attack rate of gastroenteritis was significantly increased when the geometric mean concentration of thermotolerant coliforms in the water at the time of exposure was > or = 220/100 ml or the geometric mean concentration of Escherichia coli was > or = 355/100 ml (OR comparing high versus low exposure 2.9-4.7 dependent on the case definition studied). Thermotolerant coliform concentrations at these triathlons ranged from 100/100 ml (the EU guide level) to 960/100 ml (the EU imperative level is 2000/100 ml). Below the threshold levels attack rates were comparable with attack rates among non-swimmers. A relation with other indicators of faecal pollution was not observed. CONCLUSIONS: We observed that swimming in fresh waters that met the European imperative level for thermotolerant coliforms but failed the European guide level was associated with a significant risk of gastroenteritis among triathletes. This means that the current European imperative level for thermotolerant coliforms provides insufficient protection to gastrointestinal illness for those who are comparable with triathletes.

Hepatitis B vaccination and reduced risk of primary liver cancer among male adults: a cohort study in Korea.

Year 1998
Lee MS. Kim DH. Kim H. Lee HS. Kim CY. Park TS. Yoo KY. Park BJ. Ahn YO.
Department of Preventive Medicine, University of Ulsan College of Medicine, Seoul, Korea.
BACKGROUND: Primary liver cancer is an important health problem in Korea, where hepatitis B virus (HBV) infection is prevalent. The authors conducted a prospective cohort study to evaluate the protective effect of HBV vaccination against liver cancer in adults. METHODS: A total of 370,285 males aged > or = 30 comprised the study population. They were clinically free of liver diseases, and had not been vaccinated against HBV at enrolment. The results of HBV surface antigen (HBsAg) and antibody to HBsAg (anti-HBs) marker positivity and those of the vaccination programme which took place during 1985 were used for the construction of the cohort. About 5% (n = 18,914) were HBsAg positive, 78,094 were anti-HBs positive, and 273,277 were negative for both. Among the candidates for HBV vaccination (n = 273,277), 35,934 (13.2%) people had been vaccinated against HBV during 1985. Cases of liver cancer were ascertained by record linkage and from medical records covering 1986-1989. A multivariate log-linear model was used to test statistical significance and to estimate relative risks (RR). RESULTS: The total follow-up period was 1,404,566 person-years, with an average of 3 years and 10 months. A total of 302 incident cases were ascertained. The overall incidence rate of liver cancer was 21.7 per 100,000 person-years. With reference to the incidence level among the unvaccinated and uninfected, the RR of primary liver cancer among the chronically infected and that of the unvaccinated and infected was 18.1 (95% CI: 14.2-22.9) and 0.34 (95% CI: 0.19-0.60), respectively. The RR among the vaccinated group was 0.58 (95% CI: 0.31-1.09). CONCLUSIONS: This study suggested that artificial immunization through HBV vaccination, even in adulthood, reduces the risk of liver cancer. It might also offer a practicable means of primary prevention, especially in areas with hyperendemicity of HBV infection.

Assessing hepatitis A virus epidemic stochastic process in eight cities in China in 1990.

Year 1998
Geng J. Xu D. Gong J. Li W.
Department of Epidemiology, Fourth Military Medical University, Xi'an, P R China.
BACKGROUND: In The People's Republic of China in 1990, the age-specific seroprevalence of hepatitis A was investigated in eight large cities. METHODS: A stochastic model, the two-state Markov chain, was applied to hepatitis A virus seroprevalence data by age group. An age-specific risk rate, Markov Risk Rate (MRR), and its weighted sum, Total MRR, are defined and used as novel measure indices to prioritize age groups for allocating vaccine or to decide in which cities vaccine should be used to prevent hepatitis A. RESULTS: In 1990, the MRR1- in Xi'an, Jinan, Ha'erbin and Huhehaote, and the MRR10- in Chongqing were over 40. The MRR10- in Xi'an, Nanjing, Jinan and Ha'erbin and the MRR20- in Chongqing and Nanjing were over 20. The Total MRR in Chongqing and Ha'erbin were over 160, which was higher than the warning value. CONCLUSIONS: All age groups whose MRR was over 20 are strongly recommended to be vaccinated first. Chongqing and Ha'erbin are cities at high risk of a hepatitis A virus epidemic in the 1990s and therefore should be under close surveillance.
29
Версия для печати
Источник: https://gastroportal.ru/science-articles-of-world-periodical-eng/int-j-epidemiol.html
© ГастроПортал
Перейти в раздел
Zhonghua Yi Xue Yi Chuan Xue Za Zhi
[The relationship between p53 mutation and esophageal cancer biological behavior]He Y. Li M. Shang…
Zhonghua Yi Xue Za Zhi (Taipei)
Tracheal agenesis with multiple congenital anomalies: a case report.Year 1998Wang CM. Chen SJ. Lu…
Z Gastroenterol
Quantification of hepatitis C virus RNA by RT-PCR in comparison to the branched DNA method.Year…
Zentralbl Gynakol
[Echinococcosis--case report and review of the literature]Year 1998Moller S. Kairies M. Krause… 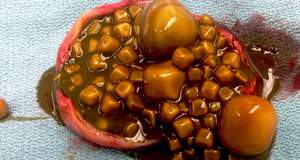