Detection of APC mutations in stool DNA of patients with colorectal cancer by HD-PCR.

Deuter R. Muller O.
Arbeitsgruppe Tumorgenetik, Abteilung Strukturelle Biologie, Max-Planck-Institut fur molekulare Physiologie, Dortmund, Germany.
In most cases the analysis of DNA mutations in presence of a high excess of wild type DNA fail because of the low sensitivity of the performed method for mutation detection. Here we describe the new high-sensitive and non-radioactive HD-PCR method (for HeteroDuplex-PCR). In opposite to the conventional analytical application the heteroduplex technique is performed to preparatively separate mutated from non-mutated PCR amplified DNA fragments. We used the new method to detect mutations in the tumor suppressor gene APC in stool DNA from patients with sporadic colorectal carcinomas. Since the alteration of the APC gene occurs early in most colorectal tumors, the detection of APC mutations in fecal tumor DNA by HD-PCR may be a powerful tool in non-invasive cancer diagnostics.

Defects in mismatch repair occur after APC mutations in the pathogenesis of sporadic colorectal tumours.

Homfray TF. Cottrell SE. Ilyas M. Rowan A. Talbot IC. Bodmer WF. Tomlinson IP.
Cancer Genetics Laboratory, Imperial Cancer Research Fund, London, UK.
The roles of the intrinsic mutation rate and genomic instability in tumorigenesis are currently controversial. In most colorectal tumours, it is generally supposed that the first mutations occur at the adenomatous polyposis coli (APC) locus; APC mutations are thought to provide cells with a selective advantage but have no known effect on the mutation rate. It has also been suggested that genomic instability is the initiating event in colorectal tumorigenesis and, if this is true, mutations of DNA mismatch repair (MMR) genes (or at similar loci) are the most likely candidates. If defective MMR precedes APC mutations, the APC mutations of colon tumours with defective MMR and hence replication errors (RER+) should differ from those of RER- tumours, in at least three specific ways: (1) a higher frequency of allele loss at APC in RER- tumours; (2) more frameshift than nonsense mutations in RER+ tumours; and (3) APC mutations in simple repeat sequences [(N)n, (N1N2)n, or (N1N2N3)n] in RER+ tumours. We found no evidence that sporadic RER+ and RER- colon cancers (including cell lines) differ in any of these three ways. Although it remains possible that MMR is abnormal in tumours from HNPCC families before APC mutations occur, it is likely that in sporadic colon tumours, APC mutations, rather than genomic instability, are the initiating events in tumorigenesis.

Kalinsky H. Funes A. Zeldin A. Pel-Or Y. Korostishevsky M. Gershoni-Baruch R. Farrer LA. Bonne-Tamir B.
Department of Human Genetics, Sackler School of Medicine, Tel-Aviv University, Ramat-Aviv, Israel.
We characterized microsatellite marker haplotypes and identified mutations in members of 19 ethnically diverse Israeli families affected by Wilson disease (WD). Eighteen unique haplotypes were derived from allelic combinations for four marker loci spanning the WD gene, ATP7B, at chromosome 13q14.3: D13S133, D13S296, D13S301 and D13S295. Most of these haplotypes are population specific and vary among and even within different ethnic groups. Intrafamilial variability of WD haplotypes was observed in two large consanguineous families in which a single origin of WD was expected. In contrast, some WD haplotypes were identified in more than one group. Five novel and four previously described mutations were detected in our sample. The novel mutations include two deletions (845delT and 1639delC) and three missense mutations (E1064A, M645R, and G1213V). Mutations were identified for 11 of the 18 WD haplotypes, suggesting that other mutations may reside in noncoding regions of the ATP7B gene. Identification of all WD mutations will undoubtedly increase our understanding of the normal function of ATP7B as well as lead to more accurate prognosis and genetic counseling.

Year 1998
Curia MC. Esposito DL. Aceto G. Palmirotta R. Crognale S. Valanzano R. Ficari F. Tonelli F. Battista P. Mariani-Costantini R. Cama A.
Department of Oncology and Neurological Sciences, University Gabriele D'Annunzio, Chieti, Italy.
Analysis of genotype-phenotype correlations in familial adenomatous polyposis (FAP) patients demonstrated that the phenotypic heterogeneity of FAP is partly related to the mutation site. We investigated the molecular basis for the difference in severity of colorectal disease observed comparing FAP patients from two kindreds with neighbouring germline mutations in exon 9 of the APC gene. Patients from one kindred presented with a attenuated form of FAP, characterized by a low number of colorectal adenomas (up to 22). In FAP patients from this kindred, the APC gene mutation was localized at codon 367, in the portion of exon 9 that is alternately spliced. This is expected to result in the splicing-out of the mutation site in a fraction of mRNA molecules and in the residual production of wild-type transcripts from the mutant APC allele. Patients from the other kindred manifested a FAP phenotype characterized by hundreds of colorectal adenomas (320 to > 500). In these patients, the APC gene mutation abolished the donor site of exon 9a, used in both alternately spliced isoforms of the exon. The analysis of the relative levels of mutant and wild-type transcripts in unaffected colonic mucosa demonstrated that the mutant allele was not expressed. The model offered by our FAP patients with neighbouring exon 9 APC mutations supports the view that in addition to the mutation site, the type of mutation and transcript dosage effects contribute to the heterogeneity of disease phenotypes.

Identification of three novel mutations and a high frequency of the Arg778Leu mutation in Korean patients with Wilson disease.

Year 1998
Kim EK. Yoo OJ. Song KY. Yoo HW. Choi SY. Cho SW. Hahn SH.
Department of Biological Sciences, Korea Advanced Institute of Science and Technology, Taejon.
Four mutations--R778L, A874V, L1083F, and 2304delC--in the copper-transporting enzyme, P-type ATPase (ATP7B), were identified in Korean Patients with Wilson disease. Arg778Leu, the most frequently reported mutation of this enzyme, was found in six of eight unrelated patients studied, an allele frequency of 37.5%, which is considerably higher than those in other Asian populations. The novel single nucleotide deletion, 2304delC, was found in one patient. Since a mutation at cDNA nucleotide 2302 (2302insC) had been previously described, this region of the ATP7B gene may be susceptible to gene rearrangements causing Wilson disease.

Clustering of private mutations in the congenital chloride diarrhea/down-regulated in adenoma gene.

Identification of a novel mutation (S13F) in the CFTR gene in a CF patient of Sardinian origin.

Year 1998
Leoni GB. Pitzalis S. Tonelli R. Cao A.
Ospedale Regionale per le Microcitemie-Azienda U.S.L., Cagliari, Italy.
In this paper, we describe a novel CF mutation consisting in a C-->T substitution at nucleotide 170 in exon 1 of CFTR gene, converting a serine residue into phenylalanine at position 12 (S13F) of the CFTR protein. This mutation was detected in a single patient of Sardinian descent in compound heterozygosity with T338I, who presented at 9 years of age with hyponatremic dehydration associated with hypochloremia, hypokaliemia and metabolic alkalosis. Sweat chloride values were 120 mmol/l. Now the patient is 11 years old and has not shown so far any pancreatic or lung involvement. The serine to phenylalanine substitution is a non-conservative change, replacing a non polar for a polar amino acid residue and therefore is most likely a disease-causing mutation.

A family with attenuated familial adenomatous polyposis due to a mutation in the alternatively spliced region of APC exon 9.

Year 1998
Young J. Simms LA. Tarish J. Buttenshaw R. Knight N. Anderson GJ. Bell A. Leggett B.
Glaxo Conjoint Gastroenterology Laboratory, Royal Brisbane Hospital Foundation Clinical Research Centre, Australia. joanneY@qimr.edu.au
A family is presented with attenuated familial adenomatous polyposis of variable phenotype. The clinical features range from sparse right-sided polyposis and cancer in the proximal colon at the age of 34 to pan-colonic polyposis and cancer at the age of 68. Rectal sparing is common to all affected members. Heteroduplex analysis detected bands of altered mobility in exon 9 of the APC gene in all affected family members. Subsequently, a frameshift mutation was found in the alternatively spliced region of exon 9 at codon 398 which resulted in a stop signal 4 codons downstream. Alternatively spliced transcripts that delete the mutation were readily amplified from normal colonic mucosa and therefore create a mechanism for the attenuated phenotype seen in this family.

Mutations of the cationic trypsinogen in hereditary pancreatitis. 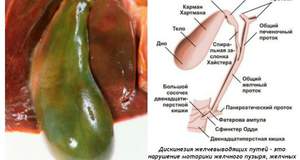