The effect of mucolytic agents on gene transfer across a CF sputum barrier in vitro.

Year 1998
Stern M. Caplen NJ. Browning JE. Griesenbach U. Sorgi F. Huang L. Gruenert DC. Marriot C. Crystal RG. Geddes DM. Alton EW.
Ion Transport Unit, National Heart and Lung Institute, London, UK.
Trials of gene transfer for cystic fibrosis (CF) are currently underway. However, direct application to the airways may be impeded by the presence of airway secretions. We have therefore assessed the effect of CF sputum on the expression of the reporter gene beta-galactosidase complexed with the cationic liposome DC-Chol/DOPE in a number of cell lines in vitro. Transfection was markedly inhibited in the presence of sputum; the effect was concentration dependent and was only partially ameliorated by removal of sputum with phosphate-buffered saline (PBS) washing before gene transfer. However, treatment of the sputum-covered cells with recombinant human DNase (rhDNase, 50 micrograms/ml) but not with N-acetylcysteine, Nacystelyn, lysine (all 20 mM) or recombinant alginase (0.5 U/ml) significantly (P < 0.005) improved gene transfer. Adenovirus-mediated gene transfer efficiency in the presence of sputum was similarly inhibited, and again, treatment with rhDNase before transfection significantly improved gene transfer (P < 0.005). Transfection of Cos 7 cells in the presence of exogenous genomic DNA alone demonstrated similar inhibition to that observed with sputum and was also ameliorated by pre-treatment of DNA-covered cells with rhDNase. In a separate series of experiments performed in the absence of added sputum or genomic DNA, increasing concentrations of rhDNase resulted in a concentration-related decline in transfection efficiency. However, even at the highest concentration (500 micrograms/ml of rhDNase), transfection efficiency remained more than 50% of control. Thus, pre-treatment of CF airways with rhDNase may be appropriate before liposome or adenovirus-mediated gene therapy.

ICAM-1 induction in respiratory cells exposed to a replication-deficient recombinant adenovirus in vitro and in vivo.

Year 1998
Nicolis E. Tamanini A. Melotti P. Rolfini R. Berton G. Cassatella MA. Bout A. Pavirani A. Cabrini G.
Cystic Fibrosis Center, Azienda Ospedaliera Verona, Italy.
Administration of replication-deficient recombinant adenoviruses (Ad) designed as vectors for gene transfer to the airway tract of rats and monkeys has been associated with a dose-dependent inflammatory process a few days after viral exposure. Among the cellular mechanisms possibly involved, we investigated the expression of intercellular adhesion molecule-1 (ICAM-1), which is known to be induced by parainfluenza, adenovirus type 5 and respiratory syncytial viruses in vitro. To test this hypothesis, an Ad type 5-derived replication-deficient recombinant vector carrying the expression cassette for the cystic fibrosis gene (Ad.CFTR) was either incubated with A549 cells (a human-derived lung epithelial cell line) or instilled by bronchoscopic procedures into the airways of Rhesus monkeys. Ad.CFTR induced expression of ICAM-1 in A549 cells and up-regulated with time the basal levels of ICAM-1 mRNA in lung portions of Rhesus monkeys. These observations indicate that E1-E3-deleted replication-deficient adenoviral vectors are capable of inducing adhesion molecules known to play a role in inflammation.

Year 1998
van der Eb MM. Cramer SJ. Vergouwe Y. Schagen FH. van Krieken JH. van der Eb AJ. Rinkes IH. van de Velde CJ. Hoeben RC.
Department of Surgery, Leiden University Medical Center, The Netherlands.
The use of so-called 'suicide' genes to activate prodrugs has been effective in animal models for several solid tumor types and is now in phase I and II clinical trials. We have exploited adenovirus vectors (Ad) for transfer and expression of the herpes simplex virus thymidine kinase (HSVtk) gene to render rat colorectal liver metastases sensitive to the anti-herpetic agent ganciclovir (GCV). The efficacy and toxicity of this enzyme-prodrug combination were tested after in situ transduction of rat colorectal tumor cells and after intraportal administration of the vector Ad.CMV.TK. Our results demonstrate the validity of the approach but reveal that hepatic expression of HSVtk, both in tumor bearing and in tumor-free rats, provokes severe liver dysfunction and mortality upon GCV administration. These data show, that in contrast to the common assumption, normally non-mitotic tissues too, can be affected by adenovirus-mediated HSVtk transfer and subsequent GCV treatment. Given the hepatotropic nature of systemically administered adenovirus type 2- and 5-derived vectors, it will be essential to monitor liver functions of patients included in all gene therapy trials involving adenoviral vectors with the HSVtk gene.

Year 1998
Blair C. Kacser E. Porteous D.
Young People's Unit, Edinburgh Healthcare Trust, Edinburgh, UK.
As yet little is known of psychological aspects of gene therapy. This pilot study aimed to investigate the attitudes, expectations, knowledge and psychological functioning of participants in a phase l safety trial of a single application of gene therapy to cystic fibrosis patients. Sixteen patients were assessed before and after the trial and at a 16 week follow-up using a semi-structured qualitative interview. They completed the Family Assessment Scale, the CF-12 quality of life measure and repeat measures of the Hospital Anxiety and Depression Scale and SF-36. Most patients had an emotionally driven optimism about gene therapy and few complaints about the procedures in a nasal trial. The majority of subjects were in good psychological/health A significant minority had anxiety disorders and this group were more likely to have concerns over the safety and promise of gene therapy. A preference was expressed for the potential of gene therapy over heat-lung transplantation. Results suggest that there are unlikely to be major psychological contraindications to proceeding with gene therapy research in this patient group. Patients with anxiety disorders may need special consideration. Qualitative data collected in this pilot study can now be used to develop survey questions for large scale studies. 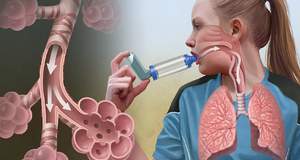