Year 1998
Isaia G. Di Stefano M. Roggia C. Ardissone P. Rosina F.
Department of Internal Medicine, University of Turin, Turin, Italy.
Osteopenia is a recognised complication of cholestatic liver diseases (CLD), usually ascribed to metabolic bone diseases such as osteomalacia or osteoporosis, with a prevalence from 10 to 56%, depending on the nature of liver disease. Primary biliary cirrhosis (PBC) is the condition causing osteopenia more frequently, but other cholestatic liver diseases like primary sclerosing cholangitis (PSC), haemochromatosis and alcoholic liver disease are also frequently associated with this disorder. The pathogenesis of bone disease in both adults and children with chronic cholestasis is not completely understood. There has been considerable disagreement regarding the relative importance of osteomalacia versus osteoporosis as the factors leading to osteopenia of liver disease. Osteopenia predisposes to atraumatic fractures, particularly in PBC patients undergoing orthotopic liver transplantation and treated with high corticosteroid doses. Bone mineral density measurement is the best way to assess the presence and severity of osteopenia in CLD patients, while laboratory tests give important information about the metabolic status of the bone. In this review prevalence data, diagnostic tools, pathophysiology and treatment of osteopenia in CLD are discussed.

Year 1998
Burroughs AK.
Hepato-biliary and Liver Transplantation Unit, The Royal Free Hospital, London, England, UK.
Liver disease in pregnancy should be considered in 3 categories: pre-existing disease, disease peculiar to pregnancy and coincident acute liver or gall-stone disease. In addition the time of onset of diagnosis in terms of the trimester of gestation must be verified, as the diseases peculiar to pregancy have a characteristic time of onset. In the last trimester closes obstetric management is required for the constellation of abnormal liver function tests, nausea and/or vomiting and abdominal pain. This may be due to severe pre-eclampsia, HELLP (haemolysis, elevated liver enzymes and low platelets) syndrome or acute fatty liver of pregnancy with or without sub-capsular hepatic haematomas, amongst which there is an overlap. Early delivery is curative. A molecular basis consisting of long chain 3-hydroxyl CoA dehydroxegenase deficiency in heterozygote mothers underlies this clinical syndrome. Ursodeoxycholic acid is now established treatment for intra-hepatic cholestasis of pregnancy and appears to improve foetal outcome. Hepatitis B vaccination and immunoglobulin at birth prevents chronic hepatitis B in children of HBsAg (hepatitis B surface antigen) positive carrier mothers.

Year 1998
Lunel F. Musset L.
Laboratoire de Bact rio-Virologie, CHU Angers, Angers, France.
Mixed cryoglobulins (CG) are serum proteins that precipitate at low temperature and are commonly classified into two types according to the presence (type II) or not (type III) of monoclonal immunoglobulins. Mixed CG are observed in a wide variety of diseases. Some mixed cryoglobulinaemia occurs without evidence of an underlying disease and is considered as essential mixed cryoglobulinaemia (EMC). Many studies have underlined the possible involvement of liver diseases in the pathogenesis of cryoglobulinaemia and particularly viral hepatitis. Recently, it has been shown that 50 to 80% of patients with EMC are in fact infected with HCV. It has also been shown that CG may be found in about 50% of patients infected with HCV. HCV-RNA genomic sequences are specifically concentrated in CG as well as IgG reactive with HCV-related proteins, and monoclonal IgM with rheumatoid factor (RF) activity. The monoclonal IgM RF detected in HCV infected patients is highly restricted to the same cross-idiotype OWAO. In addition to hepatocytes, HCV-RNA has been found in both peripheral blood and BM mononuclear cells. These cells could represent a reservoir of virus and may play a major role in viral persistence; they also could act as effectors of tissue injury in various organs. HCV shows high genomic variability. It is not clear whether these genetic variations have a significant clinical impact (i.e. severity of the disease) but there is evidence that they may influence both the efficacy of the host immune response and the interferon treatment response. The role of viral factors has been studied but a clear relationship between the presence of cryoglobulinaemia, the viral load or the HCV genotype have not been demonstrated. The frequency of clinical symptoms related to mixed cryoglobulinaemia reported in the literature is extremely variable according to the series. The striking association between HCV infection and mixed type II CG (usually considered as a benign lymphoproliferative disorder) and the occurrence of HCV infection in patients with NHL suggest that HCV could be involved in the pathogenesis of some malignant lymphoproliferative disease. The progression to malignancy probably involves the accumulation of multiple mutations facilitated by chronic antigenic stimulation. The efficacy of anti-viral treatment on both CG levels and related symptoms argue strongly that HCV is involved in the production of CG.

Year 1998
Bataller R. Arroyo V. Gines P. Sort P.
Liver Unit, Institute Clinic of Digestive Diseases, University of Barcelona, Barcelona, Spain.
The hepatorenal syndrome is a severe and common complication of patients with advanced cirrhosis and ascites. It is characterised not only by renal failure but also by marked alterations in systemic haemodynamics. Renal failure is due to a marked hypoperfusion of the kidney secondary to renal vasoconstriction. Although the pathogenesis of hepatorenal syndrome is not completely understood, it is thought to be the extreme manifestation of the underfilling of the arterial circulation secondary to an arterial vasodilation, located mainly in the splanchnic circulation. Recently, a revised definition and diagnostic criteria of hepatorenal syndrome have been proposed. The prognosis of patients with hepatorenal syndrome is very poor. Liver transplantation is the only effective treatment but it is not applicable in most cases due to short survival. New therapies developed during the last years, such as the use of systemic vasoconstrictors or transjugular intra-hepatic portosystemic shunts appear to be promising, but prospective investigations are needed to delineate their real usefulness.
53
Версия для печати
Источник: https://gastroportal.ru/science-articles-of-world-periodical-eng/forum-genova.html
© ГастроПортал
Перейти в раздел
Zhonghua Yi Xue Yi Chuan Xue Za Zhi
[The relationship between p53 mutation and esophageal cancer biological behavior]He Y. Li M. Shang…
Zhonghua Yi Xue Za Zhi (Taipei)
Tracheal agenesis with multiple congenital anomalies: a case report.Year 1998Wang CM. Chen SJ. Lu…
Z Gastroenterol
Quantification of hepatitis C virus RNA by RT-PCR in comparison to the branched DNA method.Year…
Zentralbl Gynakol
[Echinococcosis--case report and review of the literature]Year 1998Moller S. Kairies M. Krause… 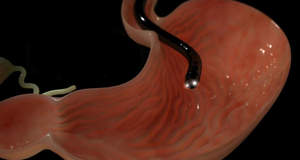