Towards gene therapy of cystic fibrosis.

Year 1998
Rosenecker J. Schmalix WA. Schindelhauer D. Plank C. Reinhardt D.
Kinderpoliklinik der Ludwig-Maximilians-Universit inverted question markt, Abt. Molekulare Pneumologie, Pettenkoferstr. 8a, Munich, D-80336, Germany. u7s22aq@sunmail.lrz-muenchen.de
Numerous gene mutations associated with hereditary disorders have been identified. In cystic fibrosis the hereditary defect is attributed to mutations in one single gene, the gene coding for the cystic fibrosis transmembrane conductance regulator (CFTR). Conventional therapies of CF have dramatically increased the life expectancy of afflicted individuals. However, the ultimate incurability of this disease calls for novel and better therapeutic strategies. As cystic fibrosis is believed to be caused by mutations in one single gene, it has appeared to be the ideal candidate for one of the most tempting approaches in clinical therapy, namely gene therapy. Laboratory protocols for the introduction of genes into various tissues have been developed and applied over the last 15 years. The ease of gene transfer under laboratory conditions gave rise to the hope that rapid advances in gene transfer protocols under clinical settings could be achieved as well. 20 clinical trials of gene therapy for cystic fibrosis have been initiated using viral and non-viral vectors for gene transfer (Marcel and David Grausz 1997). The outcome of the CF gene therapy studies as well as of those for other diseases have clearly demonstrated that gene transfer and gene therapy in humans is a much more complex and challenging task than originally thought. Still, the encouraging results achieved in animal models and the rapid progress in vector technology justify the hope that the novel genetic therapies will be applied successfully to the benefit of patients suffering from cystic fibrosis.

Year 1998
Wolf GK. Lang H. Prokop M. Schreiber M. Zoller W.
Medizinische Poliklinik, Klinikum Innenstadt of Ludwig-Maximilians-University Munich, Pettenkoferstr. 8a, Munich, D-80336, Germany.
Three-dimensional (3D) sonography represents a further development of non-invasive, diagnostic sonographic imaging techniques. The clinical use of this technique in the hepatobiliary system reveals its possible applications, especially in the case of localized lesions. The goal of this study was to evaluate the accuracy of in vivo, three-dimensional ultrasonography with a freely moveable transducer as compared with a computerized tomographic arterial portography using the spiral technique (S-CTAP). A total of 42 patients with localized hepatic lesions (1.5 to 1231 cm3, mean 155 cm3) standard deviation (SD) 231 cm3 were examined using conventional (2D) and 3D ultrasonography (US). Eleven of these patients additionally underwent spiral CTAP. The volumes were calculated using the ellipsoid formula (2D US and 3D US) and were also reconstructed planimetrically with the aid of work stations (3D US and 3D CT). Furthermore, the intra and inter-investigator variability of the 3D planimetry was determined. The conformity of US methods with those using S-CTAP was determined with Bland and Altman s limits of agreement. Inter-rater agreement was calculated using Cohen s concordance index kappa. The deviation of 2D US from 3D CT was -62% to +68% and that of 3D US (ellipsoid) from 3D CT was -28% to +9%. Between 3D US (planimetry) and S-CTAP the deviation was -21% to 9%. The kappa value was 0.886. The intra-investigator variability was 5%. Our results show that the planimetric 3D US is independent of the investigator and, with regard to the volume determinations, is substantially more accurate than measurements with conventional sonography and comparable with those measurements made using CT investigations. 3D sonography may be applied complementarily to CT as an economical procedure for the follow-up of tumor disease.

Year 1998
Becker K. Frieling T. Haussinger D.
Department of Gastroenterology, Hepatology, and Infectious Diseases, Heinrich Heine University Medical Centre, Dusseldorf, Germany.
Determination of fecal excretion of the serum proteinase inhibitor alpha(1)-antitrypsin (AAT) is established for quantification of intestinal protein loss. It was demonstrated to be increased both in quiescent and in active inflammatory bowel diseases (IBD, Crohn's disease and ulcerative colitis). The (patho)physiological rationale for measuring fecal AAT excretion and its role in the diagnostic and prognostic assessment of these disorders will be critically reviewed. Experimental and clinical data were selected from computerized MEDLINE literature search, manual review of bibliographies, and personal experiences of the authors. In IBD patients, fecal AAT excretion corresponds to gross assessment of clinical disease activity, endoscopic degree of intestinal inflammation, and any response to treatment. It appears to be an early indicator of subclinical bowel disease and its imminent exacerbation. However, there is neither strict correlation to summarizing clinical disease activity indices, nor to extent or location of intestinal inflammation. Fecal AAT excretion was also found to be elevated in active pouchitis, and to correlate to its severity. In summary, estimation of fecal AAT excretion is a sensitive, but non-specific parameter reflecting enteric inflammation in IBD individuals. It proved to be an independent supplementary variable for monitoring their intestinal disease activity, with some predictive value for their forthcoming clinical course.

Disease-specific noncompliance with drug treatment as a cause of persistent hyperuricemia and gout in anorexia nervosa.

Year 1998
Grobner W. Walter-Sack I. de Vries JX.
Innere Abteilung, Kreiskrankenhaus, Balingen, Germany.
A 49 year old female patient with anorexia nervosa was admitted to the hospital because of treatment-refractory hyperuricemia and gout. Medical history and clinical findings were compatible with primary gout and uric acid nephropathy. The patient stated that she regularly took allopurinol. In the hospital she initially received 300 mg allopurinol daily after breakfast. In order to ensure allopurinol ingestion and absorption the plasma concentrations of both allopurinol and its active metabolite oxipurinol were determined in addition to serum uric acid and further clinical chemistry data. Despite allopurinol treatment no decrease of serum uric acid was observed for three days. Therefore the head nurse was instructed to supervise the intake of allopurinol carefully. During the following days serum uric acid decreased and plasma oxipurinol concentrations rose. On day 9 of treatment serum uric acid fell into the upper normal range. Therefore the patient was allowed to leave the hospital within a few days. However serum uric acid thereafter increased again while plasma oxipurinol declined. Later on it became evident that the patient had vomited self-induced approximately 15 minutes after allopurinol intake. In the meantime her husband had urged her to return home. Starting with day 18 benzbromarone treatment was added. Combined therapy with 400 mg allopurinol and 50 mg benzbromarone daily finally resulted in a serum uric acid concentration of 4.5 mg/dl at discharge from the hospital. About three weeks later the private physician again diagnosed hyperuricemia with serum uric acid values between 10 and 12 mg/dl. Meanwhile the patient needs to be dialysed due to end stage renal disease. Our observations show that self-induced vomiting to prevent effective treatment may be a disease-specific pattern of noncompliance with drug therapy in anorexia nervosa.

Year 1998
Meyer M. Richter R. Forssmann WG.
Niedersachsisches Institut fur Peptid-Forschung (IPF), Hannover, Germany. 106523.211@compuserve.com
Natriuretic peptides (NP) constitute hormonal systems of great clinical impact. This report deals with Urodilatin (URO), a renal natriuretic peptide type A. From the gene of NP type A, a message for the preprohormone is transcribed in heart and kidney. The cardiac prohormone CDD/ANP-1-126 is synthesized in the heart atrium and processed during exocytosis forming the circulating hormone CDD/ANP-99-126. URO (CDD/ANP 95-126) is a product from the same gene, but differentially processed in the kidney and detected only in urine. Physiologically, URO acts in a paracrine fashion. After release from distal tubular kidney cells into the tubular lumen, URO binds to luminal receptors (NPR-A) in the collecting duct resulting in a cGMP-dependent signal transduction. cGMP generation is followed by an interaction with the amiloriode-sensitive sodium channel which induces diuresis and natriuresis. In this way, URO physiologically regulates fluid balance and sodium homeostasis. Moreover, URO excretion and natriuresis are in turn dependent on several physiological states, such as directly by sodium homeostasis. Pharmacologically, URO at low dose administered intravenously shows a strong diuretic and natriuretic effect and a low hypotensive effect. Renal, pulmonary, and cardiovascular effects evoked by pharmacological doses indicate that URO is a putative drug for several related diseases. Clinical trials show promising results for various clinical indications. However, the reduction in hemodialysis/hemofiltration in patients suffering from ARF following heart and liver transplantation, derived from preliminary trials recruiting a small number of patients, was not confirmed by a multicenter phase II study. In contrast, data for the prophylactic use of URO in this clinical setting suggest a better outcome for the patients. Furthermore, treatment of asthmatic patients showed a convincingly beneficial effect of URO on pulmonary function. Patients with congestive heart failure may also profit from URO treatment, as it increases stroke volume and PCWP. Moreover, preliminary results from recent studies indicate that URO may also be effective in patients suffering from hepato-renal syndrome.

Fructose malabsorption is associated with early signs of mental depression.

Year 1998
Ledochowski M. Sperner-Unterweger B. Widner B. Fuchs D.
Universitatsklinik Innsbruck, Arztliche Direktion, Anichstrasse 35, A-6020 Innsbruck, Austria.
Fructose malabsorption is characterized by the inability to absorb fructose efficiently. As a consequence fructose reaches the colon were it is broken down by bacteria to short fatty acids, CO2 and H2. Bloating, cramps, osmotic diarrhea and other symptoms of irritable bowel syndrome are the consequence and can be seen in about 50% of fructose malabsorbers. Having made the observation that persons with fructose malabsorption very often seem to present not only with signs of irritable bowel syndrome but also with signs of pre-menstrual syndrome and mental depression, it was of interest to establish whether such an association could be demonstrated in patients. Fifty-five adults with gastrointestinal complaints of unknown origin (12 males, 43 females) were analyzed by measuring breath hydrogen concentrations after an oral dose of 50 g fructose and were classified as normals or fructose malabsorbers according to their breath H2 concentrations. All patients filled out a Beck s depression inventory - questionnaire. Fructose malabsorption was detected in 36 of 55 individuals (65.5%). Subjects with fructose malabsorption (DeltaH2 concentrations >10 p.p.m. after fructose load) showed a significantly higher score in the Beck s depression inventory than normal fructose absorbers. This was true especially for females. Fructose malabsorption may play a role in the development of depressed mood. Fructose malabsorption should be considered in patients with symptoms of major depression or pre-menstrual syndrome. Further studies are needed to clarify the background of this association.

Asymptomatic pneumatosis intestinalis and free abdominal air in a patient with AIDS. 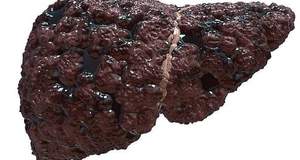