Studies on the effect of fucosylated and non-fucosylated finger/growth-factor constructs on the clearance of tissue-type plasminogen activator mediated by the low-density-lipoprotein-receptor-related protein.

Year 1998
Camani C. Gavin O. Bertossa C. Samatani E. Kruithof EK.
Division of Angiology and Hemostasis, University Hospital Geneva, Switzerland.
Previously we observed that the finger/growth factor (FG) region of tissue-type plasminogen activator (t-PA) blocked the low-density-lipoprotein-receptor-related protein (LRP)-mediated clearance of t-PA by rat hepatocytes. However, the concentrations needed were much higher than those for intact t-PA. The FG region was expressed in yeast and lacked the fucose on Thr61, which was reported to be important for efficient clearance of t-PA by human hepatoma cells. At position 83 it had a serine, whereas human t-PA has a free cysteine and rodent t-PA an arginine at this position. To understand the reason for the low efficacy of the FG protein we produced in CHO cells chimeric molecules composed of two FG modules linked to the Fc portion of human IgG1 (FG2-Fc). Two variants were studied, one having Ser83, the other Arg83. The two fucosylated FG2-Fc chimeras were compared with each other, with non-fucosylated FG and with intact t-PA with regard to their effect on the clearance of t-PA and t-PA x plasminogen-activator inhibitor type 1 (PAI-1). For this comparison, LRP-specific clearance models were used. In rat hepatoma cells and in mouse embryonic fibroblasts (MEF-1) the clearance of t-PA and of t-PA x PAI-1 was inhibited more than 95% by receptor-associated protein, an inhibitor of LRP-mediated clearance, whereas no t-PA or t-PA x PAI-1 clearance was observed in LRP-deficient PEA-13 mouse embryonic fibroblasts. The Ser83 and Arg83 FG2-Fc chimeras were equally efficient inhibitors in these models. Their efficacies in inhibiting t-PA and t-PA x PAI-1 degradation (IC50 750 nM and 890 nM, respectively) were similar to those of non-fucosylated FG (IC50 1950 nM and 1560 nM) and 75-fold lower than that of intact t-PA (IC50 9.9 nM and 21.1 nM). The results indicate that the presence of a serine or an arginine at position 83 and the presence of a fucose on Thr61 are not of major importance for the LRP-mediated clearance of t-PA.

Year 1998
Klopocki AG. Laskowska A. Antoniewicz-Papis J. Duk M. Lisowska E. Ugorski M.
Department of Immunochemistry, Institute of Immunology and Experimental Therapy, Polish Academy of Sciences, Wroclaw.
To study whether the adhesion of colon cancer cells to E-selectin can be directly affected by changes in the expression level of sialosyl Le(a) antigen we created a specific loss-of-function phenotype. A stable subclone (CX-1.1) with high expression of sialosyl Le(a) structure, obtained from a heterogenous population of colon carcinoma CX-1 cells, was transfected with an expression vector containing a fragment of cDNA for alpha1,3/4-fucosyltransferase in antisense orientation. After transfection, the cell line was isolated which did not express sialosyl Le(a) antigen and lacked the alpha1,3/4-fucosyltransferase activity, despite an unchanged level of mRNA specific for this enzyme. It was found that the specific lack of expression of sialosyl Le(a) carbohydrate structure on the surface of colon cancer cells completely abolished their adhesion to E-selectin. To evaluate which cellular glycoconjugates carry sialosyl Le(a) antigen, glycoproteins as well as glycolipids of CX-1.1 cells were analysed for the expression of this structure. Anti-sialosyl Le(a) antibodies detected multiple glycoprotein bands with apparent molecular masses of 65-280 kDa on western blots, and an intense band representing sialosyl Le(a)-ganglioside on a thin-layer chromatogram. Using O-sialoglycoprotease from Pasteurella haemolytica and an alkaline beta-elimination procedure, it was shown that protein-linked sialosyl Le(a) structures are carried mostly by mucin-type glycoproteins. However, treatment of CX-1.1 cells with O-sialoglycoprotease did not decrease either their binding to E-selectin-expressing Chinese hamster ovary cells, or binding of anti-sialosyl Le(a) antibodies to the cell surface. These results suggested that cleavage of sialomucins uncovered cryptic sialosyl Le(a)-ganglioside, which was inaccessible for the antibody and E-selectin in untreated cells. This hypothesis was confirmed to some extent by the higher accessibility of gangliosides to galactose oxidase on the surface of O-sialoglycoprotease-treated CX-1.1 cells, comparing to untreated cells. We propose that glycoproteins as well as gangliosides carrying sialosyl Le(a) structures, when properly exposed and present in high density on surface of cancer cells, can effectively support the adhesion of cancer cells to E-selectin.
90
Версия для печати
Источник: https://gastroportal.ru/science-articles-of-world-periodical-eng/eur-j-biochem.html
© ГастроПортал
Перейти в раздел
Zhonghua Yi Xue Yi Chuan Xue Za Zhi
[The relationship between p53 mutation and esophageal cancer biological behavior]He Y. Li M. Shang…
Zhonghua Yi Xue Za Zhi (Taipei)
Tracheal agenesis with multiple congenital anomalies: a case report.Year 1998Wang CM. Chen SJ. Lu…
Z Gastroenterol
Quantification of hepatitis C virus RNA by RT-PCR in comparison to the branched DNA method.Year…
Zentralbl Gynakol
[Echinococcosis--case report and review of the literature]Year 1998Moller S. Kairies M. Krause… 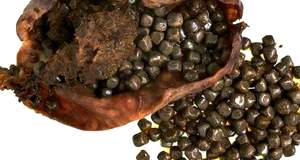