A novel Glu421Lys substitution in the lipoprotein lipase gene in pregnancy-induced hypertriglyceridemic pancreatitis.

Year 1998
Henderson H. Leisegang F. Hassan F. Hayden M. Marais D.
Department of Chemical Pathology, University of Cape Town, South Africa. henders@ulam.generes.ca
Severe hypertriglyceridemia is an uncommon pathological finding in pregnant women if there is no prior history of hyperlipidemia. A partial reduction in lipoprotein lipase (LPL) activity due to a mutation in the LPL gene, is often an associating factor. Here we report a novel LPL gene mutation (Glu421Lys), in a previously healthy primigravid woman who died from hypertriglyceridemia-induced pancreatitis during the last trimester of pregnancy. The patient was heterozygous for this mutation which a charge inversion in the C-terminal domain of LPL resulting in a moderate reduction in catalytic activity, both in vivo and in vitro. These data support the role of partial LPL deficiency in the pathogenesis of severe gestational hypertriglyceridemia.

An ultrasensitive, nonisotopic immunoassay for hyaluronan using the streptavidin-biotin system.

Year 1998
Rossler A.
Department of Physiology, School of Medicine, Karl-Franzens University, Graz, Austria. roessler@balu.kfunigraz.ac.at
A time-resolved fluoroimmunoassay for measuring hyaluronan concentrations in plasma and several biological fluids is described. The solid-phase immunoassay is based on the competition between aggregation of hyaluronan with the cartilage proteoglycan monomer, followed by binding of a monoclonal antibody to keratan sulfate of the proteoglycan and a biotinylated anti-mouse IgG. Fluorescence can be measured by a time-resolved fluorometer after binding of Eu(3+)-labelled streptavidin to the biotinylated IgG. The assay is precise and correlates well (r = 0.986) with the only established radioimmunoassay known. The results show that it is essential to perform a blank run without addition of proteoglycan, as endogenous proteoglycan disturbs the measurement and causes underestimation of plasma hyaluronan. The distinguishing feature of this assay is its extreme sensitivity (< 0.24 microgram/l of plasma). The mean analytical recovery after serial dilutions and addition was 100.3 and 101.3%, the within-assay and between-assay coefficients of variation were 3.67% and 7.02%, respectively.

Year 1998
Guarini P. Stanzial AM. Olivieri O. Casaril M. Galvani S. Pantalena M. Corrocher R.
Istituto di Patologia Medica, Universita di Verona, Italy.
Erythrocyte-membrane fatty acid composition and cholesterol content were evaluated along with serum selenium in 33 patients with liver cirrhosis and in 40 normal subjects. Thirteen patients were suffering from post-viral (group V) and 20 from alcoholic (group A) cirrhosis. The aim of the study was to elucidate whether membrane lipid abnormalities in cirrhosis were linked to the aetiology of the disease or whether they were the results of the cirrhotic process itself. The patients presented a significant increase in membrane cholesterol, palmitic acid (C16:0) and saturated fatty acids (SFA), and a decrease in polyunsaturated fatty acids (PUFA) and polyunsaturated/saturated fatty acids ratio (P/S) compared with the control group. Serum selenium levels were significantly reduced. When patients were subdivided according to aetiology, the alcoholic patients showed greater lipid composition abnormalities than the viral cirrhotics (higher levels of SFA and lower PUFA and P/S), while pathologic palmitic acid, membrane cholesterol and serum selenium values were confirmed in both groups of patients. In conclusion, low serum selenium and a series of erythrocytes membrane lipid composition abnormalities would appear to be features peculiar to cirrhosis. Alcoholic cirrhotics, on the other hand, show a more deranged erythrocyte membrane lipid profile.

Serum activities of classes I and II alcohol dehydrogenases in toxic liver damage. 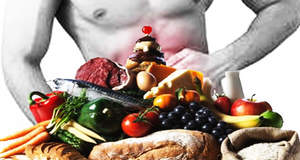