Year 1998
Manraj SS. Mustun H. Ghurburrun P. Laniece C. Salamon R.
Laboratoire central, Candos, Ile Maurice.
Systematic registration of cases of cancer was introduced in Mauritius as of 1989. This article analyzes the data concerning the incidence and mortality of the disease from 1989 to 1993. At the end of each year, the archives of the Central Laboratory of Hospitals, the admissions register at the only center for radiotherapy, the discharge resumes of patients classified as suffering from cancer of all the regional hospitals and the archives of the Medical Assistance Service regarding treatment abroad were examined and information drawn from them in order to fill out the information form of the cancer register (10 items per case). For the period studied, 4293 new cases of cancer were detected of which 1784 (41.6%) among men. The main organs affected were, for men: the lungs (12%), the mouth/pharynx (10%), and the stomach (8%); for women: the breast (24%), the cervix (21%), and the ovaries (6%). The incidence of cancer has increased at an annual average of 8% for both sexes, reaching in 1993 the standard (world) incidence of respectively 106 and 122 cases per 100,000. Over the same period, cancer rose to 2nd to 3rd place in causes of death, accounting for approximately 8 to 9% of deaths. The ratio of mortality/incidence is 0.85 among men and 0.58 among women. The distribution of cancer according to age, location and ethnic group points to interesting and significant results which can be subsequently compared to that of other countries in the region. The second phase of registering cancer in Mauritius is presently being undertaken.

Year 1998
Grizeau P. Vaillant JY. Begue A.
Cellule epidemiologie, prevention et education pour la sante-Conseil general, St-Denis de la Reunion, France.
After explaining the purposes of a general cancer register in Reunion Island and describing objectives and running, main results from 1988 to 1992 are introduced. Comparison with EUROCIM network shows that cancer standardized incidence (all sites) in Reunion Island is at the same level as in Martinique and lower than in other registers. Nevertheless some cancers are particularly frequent. For men, as for most European registers, lung cancer (15%) is the most frequent diagnosed cancer, followed by esophagus and stomach cancers. Reunion Island belongs to areas with highest incidence rates for esophagus cancer. Breast cancer (21%), despite a lower incidence than in Europe, is still the first female cancer, followed by cervix cancer (18%) which incidence, as in Martinique, is very high. We don't notice high discrepancies between mortality rates and incidence rates in Reunion Island during that period.

[Cancer in Madagascar. Experience of the Institut Pasteur de Madagascar from September 1992 to June 1996]

Year 1998
Raharisolo Vololonantenaina C. Pecarrere JL. Roux JF.
Institut Pasteur de Madagascar.
The Unit of the anatomo-pathology in the "Institut Pasteur de Madagascar" (IPM) examined in the period from September 1992 to June 1996 tissue specimens from 10,275 patients. Tumorous pathology presented 40% of the tissues and half of which were of malign etiology. 64% of the cancer diagnosed were in females. Cervical cancer was most frequently observed (17%), followed by breast cancer (16%). Cancer in the gastro-intestinal tract (15%) was most often located in the colon without sex difference. Stomach cancer occurring predominantly in males presented 25% of the total cases of cancer in the gastro-intestinal tract. Cancer of liver is rarely diagnosed despite the high prevalence of infection with hepatitis B virus. Skin cancer constituted 9% of the malign diagnosis and was mainly found in males. Children under 15 years old presented 7.4% of the total cases of malignancy with the haematopoietic tissues (30%) and the eyes (17%) as the most frequent topic locations. Due to a very low seroprevalence of the HIV in Madagascar, malign tumours associated to AIDS were only seen in a few rare cases. The review of cancer cases in the IPM may not be representative for the cancer epidemiology of Madagascar because of a general very low level of health care coverage, especially in the rural areas. Furthermore, a major part of the specimens originates from easily accessible organsystems, whereas other organs seem less investigated due to lack of appropriate available technique. Therefore, it is not feasible for the moment to establish a cancer register in Madagascar, although the Unit of Pathology in the IPM can offer a valid cancer diagnostical service.

Year 1998
Nousbaum JB.
Service d'hepato-gastroenterologie, CHU de la Cavale blanche, Brest.
Hepatitis C virus demonstrates a high degree of variability HCV isolates have been classified into at least six genotypes, according to the percentage of nucleotide sequence homology. Geographical differences in the distribution of virus genotypes are well documented. Types 1, 2 and 3 are the major types observed in Japan, Western Europe and North America; type 4 has been found in Central and Northern Africa and in the Middle East; type 5 has been described in South Africa, type 6 in South-East Asia. The relative prevalence of these genotypes varies between different regions. In the Indian subcontinent, subtype 1b seems to be the most prevalent type, but many isolates have been described, related to genotype 3, in Northern and Southern India, Pakistan and Nepal. HCV genotypes may have potential clinical implications: a) the association with the severity of liver disease is still controversial; b) the association between some genotypes, particularly 1b, and a poor response to interferon alpha therapy has been well established; c) genotyping may be useful for identifying some unusual modes of transmission of the virus. Finally, the variability of HCV virus has major implications for the design of new vaccines strategies since there is no cross-protection between different HCV types.

[Vaccination against hepatitis B in France in 1996]

Year 1998
Denis F. Goudeau A. Aufrere A.
Service de bacteriologie-virologie-hygiene, CHU Dupuytren, Limoges.
A national campain aimed at promoting immunization against hepatitis B was launched in 1994. Two years later, a survey was designed to estimate the situation of the hepatitis B vaccination in France. Around ninety per cent of physicians were hepatitis B vaccinated. The rate of vaccinated population among public hospitals personnel were more than 90% and lower in private hospitals (79%). A quarter of the general population was vaccinated and the higher rate (69%) was observed in the 13-20 years young people. Progressively the contribution of the physicians to the vaccination was increasing (89% in 1996). After a selective vaccination of risk groups and the instauration of the prevention of mother/infant transmission, the French programme was extended to cover adolescents and children. The success of the hepatitis B vaccination campain was obtained by the promotion message toward population and physicians. 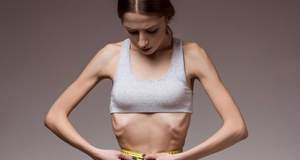