Steatocystoma multiplex and leuconychia in a child with Alagille syndrome.

Year 1998
Cambiaghi S. Riva S. Ramaccioni V. Gridelli B. Gelmetti C.
Istituto di Scienze Dermatologiche, IRCCS, Milano, Italia.
Alagille syndrome is a rare autosomal dominant developmental disorder, characterized by congenital paucity of interlobular bile ducts, peculiar facies, posterior embryotoxon, bone abnormalities, and peripheral pulmonary artery stenosis. Cutaneous involvement in this disorder is quite rare and the association of Alagille syndrome with multiple comedones and cysts has been described only once. Here, we report the clinical and histological findings of a 7-year-old patient affected by Alagille syndrome who presented multiple cystic lesions and comedones reminiscent of steatocystoma multiplex and a congenital total true leuconychia. Although unexplained, the association of this syndrome with a developmental disorder of the pilosebaceous unit may not be fortuitous.

Year 1998
Mrowietz U. Christophers E. Altmeyer P.
Department of Dermatology, University of Kiel, Germany. umrowietz@dermatology.uni-kiel.de
Systemic treatment of psoriasis with fumaric acid esters (FAE) has been found effective by empirical means. In recent years clinical studies have confirmed the antipsoriatic activity of a defined mixture of different FAE. The aim of the present prospective multicentre study was to investigate further the efficacy and safety of FAE therapy in a large number of patients with severe psoriasis vulgaris. From 101 patients included in the study 70 completed the treatment period of 4 months. Discontinuation was due to adverse events in seven, lack of efficacy in two, and other reasons, such as non-attendance for scheduled visits, in 22 patients. Evaluation of overall efficacy showed a decrease in psoriasis area and severity index of 80% after 4 months of FAE therapy. Laboratory investigations revealed a slight overall decrease of lymphocytes during the treatment period which was more than 50% below baseline in 10 patients. During weeks 4 and 8 mean eosinophil counts were above the normal range. At the end of FAE therapy elevated eosinophil counts had returned to normal values. None of the patients showed changes in renal function parameters throughout the study. Adverse events were reported in 69% of the patients mainly consisting of gastrointestinal complaints (56%) and flushing (31%). In five patients gastrointestinal complaints and in two patients flushing led to withdrawal from the study. Taken together the results of this multicentre study showed in a large number of patients that systemic FAE treatment is effective in severe psoriasis vulgaris. Transient eosinophilia seems to be a characteristic feature of FAE therapy, while lymphocytopenia is usually mild. Adverse effects are dose-related and consist mainly of gastrointestinal complaints and flushing. 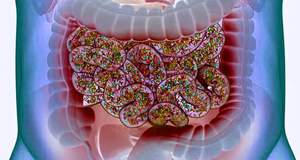