Year 1998
Connors CM. Miller NC. Krause VL.
Centre for Disease Control, Territory Health Services, Darwin.
A universal neonatal hepatitis B vaccination program was introduced in the Northern Territory in 1990. We compared live births with vaccine usage to determine the uptake of the first dose of hepatitis B vaccine under this new policy and to identify hospital factors that influenced this rate. Attitudes and vaccine administration practices were determined through interviews, using standard questions with midwifery and paediatric nursing staff at both hospitals. Hepatitis B vaccines dispensed at Hospital A indicated a 96 per cent coverage of neonates in 1993 and 93 per cent in 1994. Vaccination at Hospital B indicated 71 per cent coverage in 1993 and 77 per cent in 1994. Differences in vaccine uptake appeared to be influenced by the use of standing drug orders, the nursing staff's attitudes and knowledge, and misinformation among health professionals. Education programs for health professionals and parents need to be established before the introduction of a universal hepatitis B vaccination policy for it to be well accepted. Standing orders for hepatitis B vaccine in postnatal wards allow nursing staff to promote it and thus maximise coverage rates.

Year 1998
Brown K. Crofts N.
School of Public Health, Queensland University of Technology.
OBJECTIVES: To estimate the direct health care costs of a continuing epidemic of hepatitis C virus (HCV) infection among injecting drug users (IDUs) in Australia from the formal health care system's perspective. DESIGN: A Markov cohort model is used to map the disease paths of successive hypothetical cohorts of 1,000 patients as they develop the sequelae of HCV over an extended period of time. PATIENTS AND SETTING: IDUs becoming infected with HCV. OUTCOME MEASURES: Estimates of the number of persons in each of a limited number of disease states are used in conjunction with direct medical costs associated with ambulatory visits and inpatient hospital admissions over the course of the disease to estimate the long-term impact on the health care system of HCV infection among successive cohorts of IDUs. RESULTS: For every 1,000 IDUs newly infected with hepatitis C in a given year, there is an implied $14.32 million in health care spending over the years as sequelae become manifest, with cumulative total costs of some $0.5 billion (1994 dollars) after 60 years as the costs of successive cohorts of HCV-infected IDUs are added to the prevalence pool. If the estimated 10,000 new HCV infections in IDUs in Australia per year continue for the next 60 years, total direct health care costs will be around $4 billion over that period. CONCLUSIONS: Efforts to prevent HIV transmission among IDUs have been shown to be clearly cost-effective. These data imply that there is an even more pressing need to halt or slow the current epidemic of HCV infection among IDUs on fiscal grounds alone.
133
Версия для печати
Источник: https://gastroportal.ru/science-articles-of-world-periodical-eng/aust-n-z-j-public-health.html
© ГастроПортал
Перейти в раздел
Zhonghua Yi Xue Yi Chuan Xue Za Zhi
[The relationship between p53 mutation and esophageal cancer biological behavior]He Y. Li M. Shang…
Zhonghua Yi Xue Za Zhi (Taipei)
Tracheal agenesis with multiple congenital anomalies: a case report.Year 1998Wang CM. Chen SJ. Lu…
Z Gastroenterol
Quantification of hepatitis C virus RNA by RT-PCR in comparison to the branched DNA method.Year…
Zentralbl Gynakol
[Echinococcosis--case report and review of the literature]Year 1998Moller S. Kairies M. Krause… 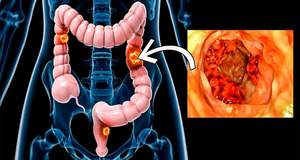