National surveillance of dialysis associated diseases in the United States, 1995.

Tokars JI. Miller ER. Alter MJ. Arduino MJ.
Investigation and Prevention Branch, Hospital Infections Program, National Center for Infectious Diseases, Centers for Disease Control and Prevention, Department of Health and Human Services, Atlanta, Georgia 30333, USA.
Chronic hemodialysis centers in the United States were surveyed in 1995 regarding a number of hemodialysis associated diseases and practices. A total of 2,647 centers, representing 224,954 patients and 54,194 staff members, responded. Seventy-seven percent of centers reported that they reused disposable dialyzers. At the end of 1995, 65% of patients were treated with an arteriovenous graft, 22% an arteriovenous fistula, and 13% a temporary or permanent central catheter. By the end of 1995, at least three doses of hepatitis B vaccine had been administered to 35% of patients and to 82% of staff members. Acute infection with the hepatitis B virus (HBV) occurred in 0.06% of patients, and was more likely to be reported by centers with lower proportions of patients vaccinated against HBV. The prevalence of antibody to hepatitis C virus (HCV) was 10.4% among patients and 2.0% among staff. At least one patient with vancomycin resistant enterococci (VRE) was reported by 11.5% of centers, more commonly by hospital (vs freestanding centers not located in hospitals) and government centers, and centers located in certain geographic areas. Vancomycin was received by 7.2% of patients in December 1995. The percentage of centers reporting patients with other pathogens was 7.9% for active tuberculosis, 39% for human immunodeficiency virus (HIV), and 40% for methicillin resistant Staphylococcus aureus (MRSA).

Year 1998
Ash SR. Blake DE. Carr DJ. Harker KD.
Department of Comparative Medicine, Purdue University, West Lafayette, Indiana, USA.
The BioLogic-DT (detoxifier) System is an extracorporeal blood treatment device that uses the membranes of a cellulosic plate dialyzer to propel blood in and out through a single lumen access (on a 12 sec cycle) and circulates a suspension of powdered charcoal and cation exchanger through the dialysate spaces to absorb many soluble toxins in the treatment of hepatic failure. The BioLogic-DTPF (detoxifier/plasma filter) System adds two Gambro plasma filters downstream from the plate dialyzer, which allows most of the blood plasma to pass out of the blood, contact powdered charcoal in a suspension, and then return to the blood during each 12 sec cycle (creating push-pull sorbent based pheresis). A roller pump exchanges charcoal suspension between the plasma filter case and a 700 ml bag of powdered charcoal suspension. At a blood flow rate of 150-200 ml/min, 100 ml/min of plasma moves bidirectionally through the plasma filter membranes. Direct contact of plasma with charcoal outside the plasma filter membranes removes creatinine with a clearance rate equal to plasma flow (100 ml/min); clearance of strongly protein bound toxins, such as unconjugated bilirubin, is lower (10-40 ml/min). In this article, the authors explain the mechanisms of operation of this system and present in vitro tests that define its chemical efficiency. Also described are potential problems, tests that indicate the severity of these problems, and monitors and algorithms to detect or avoid these problems in clinical use of the system. The results of the treatment of two patients with acute hepatic failure and coma using the BioLogic-DTPF System are reviewed.
154
Версия для печати
Источник: https://gastroportal.ru/science-articles-of-world-periodical-eng/asaio-j.html
© ГастроПортал
Перейти в раздел
Zhonghua Yi Xue Yi Chuan Xue Za Zhi
[The relationship between p53 mutation and esophageal cancer biological behavior]He Y. Li M. Shang…
Zhonghua Yi Xue Za Zhi (Taipei)
Tracheal agenesis with multiple congenital anomalies: a case report.Year 1998Wang CM. Chen SJ. Lu…
Z Gastroenterol
Quantification of hepatitis C virus RNA by RT-PCR in comparison to the branched DNA method.Year…
Zentralbl Gynakol
[Echinococcosis--case report and review of the literature]Year 1998Moller S. Kairies M. Krause… 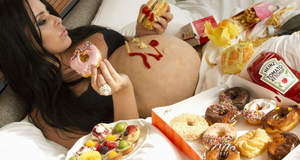