Year 1998
Deutsch ES. Bartling V. Lawenda B. Schwegler J. Falkenstein K. Dunn S.
Department of Otorhinolaryngology, Temple University School of Medicine and St Christopher's Hospital for Children, Philadelphia, PA, USA. edeutsch@aidi.nemours.org
OBJECTIVE: To investigate risk factors for sensorineural hearing loss (SNHL) in children after liver transplantation. DESIGN: Retrospective medical record review. SETTING: Pediatric tertiary care hospital. PATIENTS: One hundred twenty-five consecutive children who received liver transplants between March 1, 1987, and June 30, 1996. MAIN OUTCOME MEASURES: The presence of SNHL (bone conduction threshold of >35 dB of hearing loss in at least 1 frequency) and the cause of the liver abnormality in all 125 patients. In addition, among the subset of children who had biliary atresia and underwent transplantation before 2 years of age, the total dose (milligrams per kilogram of body weight) of aminoglycoside antibiotic medications (tobramycin sulfate, gentamicin sulfate, and amikacin sulfate) and of intravenous loop diuretic agents (furosemide) was compared between children with and without SNHL. RESULTS: Audiologic evaluations were available for 66 of 125 patients, 15 (12%) of whom have SNHL. Of 5 survivors with the short-bowel syndrome, 4 have severe to profound SNHL. Of 46 children who have biliary atresia and who underwent transplantation before 2 years of age, 8 (17%) have SNHL. Among the 26 evaluable children with biliary atresia undergoing liver transplantation before 2 years of age, logistic regression analysis revealed that the most important risk factor for SNHL was the cumulative dose of amikacin (P = .05). CONCLUSIONS: Children receiving liver transplants are at an increased risk for SNHL. Those with the short-bowel syndrome have the greatest prevalence of SNHL. Among the subset of children with biliary atresia receiving liver transplants before 2 years of age, statistical analysis demonstrates a dose-response relationship between the receipt of amikacin and the occurrence of SNHL.

Results of esophageal biopsies performed during triple endoscopy in the pediatric patient.

Year 1998
Stroh BC. Faust RA. Rimell FL.
Department of Otolaryngology, University of Minnesota, Minneapolis 55455, USA.
BACKGROUND: Endoscopic examination (direct laryngoscopy and bronchoscopy) is the method of choice for diagnosis of respiratory symptoms of unknown cause in children. However, gastroesophageal reflux is being recognized increasingly often as a cause of pediatric respiratory symptoms and is difficult to diagnose on the basis of findings from direct laryngoscopy and bronchoscopy. In cases in which gastroesophageal reflux was included in the differential diagnosis, we additionally performed esophagoscopy with esophageal mucosal biopsies. OBJECTIVES: To determine the feasibility, safety, and efficacy of routinely performing esophageal biopsies during triple endoscopy in children. METHODS: Twenty-four children ranging in age from 2 weeks to 10 years were referred for airway evaluation. Under general anesthesia, children underwent direct laryngoscopy and bronchoscopy and esophagoscopy with mucosal biopsy. RESULTS: Esophageal mucosa biopsy specimens were quickly and safely obtained during endoscopic evaluation. There were no complications. Reflux esophagitis was present in 54% of biopsy specimens, as suggested by basal cell hyperplasia, papillary elongation, and/or inflammatory cell infiltrates. CONCLUSION: Gastroesophageal reflux is often difficult to diagnose in the pediatric population. When direct laryngoscopy and bronchoscopy is performed during examination of the child with airway symptoms, the addition of esophagoscopy with mucosal biopsies will safely and quickly provide data regarding the potential contribution of gastroesophageal reflux. 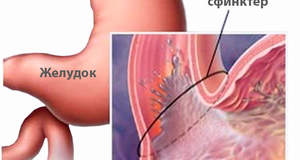