Antimicrobial susceptibility of Haemophilus influenzae in the respiratory tracts of patients with cystic fibrosis.

Antibiotic susceptibility of enterohemorrhagic Escherichia coli O157:H7 isolated from an outbreak in Japan in 1996.

Year 1998
Perkins ME. Wu TW. Le Blancq SM.
Division of Environmental Health Sciences, Columbia University School of Public Health, New York, New York 10032, USA. mp191@columbia.edu
Cyclosporine and nonimmunosuppressive cyclosporin (CS) analogs were demonstrated to be potent inhibitors of the growth of the intracellular parasite Cryptosporidium parvum in short-term (48-h) in vitro cultures. Fifty-percent inhibitory concentrations (IC50s) were 0.4 microM for SDZ 033-243, 1.0 microM for SDZ PSC-833, and 1.5 microM for cyclosporine. Two other analogs were less effective than cyclosporine: the IC50 of SDZ 205-549 was 5 microM, and that of SDZ 209-313 was 7 microM. These were much lower than the IC50 of 85 microM of paromomycin, a standard positive control for in vitro drug assays for this parasite. In addition, intracellular growth of excysted sporozoites that had been incubated for 1 h in cyclosporine was significantly reduced, suggesting that the drug can inhibit sporozoite invasion. The cellular activities of the CS analogs used have been characterized for mammalian cells and protozoa. The two analogs that were most active in inhibiting C. parvum, SDZ PSC-833 and SDZ 033-243, bind weakly to cyclophilin, a peptidyl proline isomerase which is the primary target of cyclosporine and CS analogs. However, they are potent modifiers of the activity of the P glycoproteins/ multidrug resistance (MDR) transporters, members of the ATP-binding cassette (ABC) superfamily. Hence, both cyclophilin and some ABC transporters may be targets for this class of drugs, although drugs that preferentially interact with the latter are more potent. Cyclosporine (0.5 microM) had no significant chemosensitizing activity. That is, it did not significantly increase sensitivity to paromomycin, suggesting that an ABC transporter is not critical in the efflux of this drug. Cyclosporine at concentrations up to 50 microM was not toxic to host Caco-2 cells in the CellTiter 96 assay. The results of this study complement those of studies of the inhibitory effect of cyclosporine and CS analogs on other apicomplexan parasites, Plasmodium falciparum, Plasmodium vivax, and Toxoplasma gondii.
179
Версия для печати
Источник: https://gastroportal.ru/science-articles-of-world-periodical-eng/antimicrob-agents-chemother.html
© ГастроПортал
Перейти в раздел
Zhonghua Yi Xue Yi Chuan Xue Za Zhi
[The relationship between p53 mutation and esophageal cancer biological behavior]He Y. Li M. Shang…
Zhonghua Yi Xue Za Zhi (Taipei)
Tracheal agenesis with multiple congenital anomalies: a case report.Year 1998Wang CM. Chen SJ. Lu…
Z Gastroenterol
Quantification of hepatitis C virus RNA by RT-PCR in comparison to the branched DNA method.Year…
Zentralbl Gynakol
[Echinococcosis--case report and review of the literature]Year 1998Moller S. Kairies M. Krause… 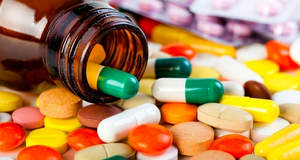