Year 1998
Callesen T. Bech K. Kehlet H.
Department of Surgical Gastroenterology, Hvidovre University Hospital, Denmark.
Data from 400 consecutive elective ambulatory operations for inguinal hernia under unmonitored local anaesthesia with limited pre-operative testing were prospectively obtained by the use of standardised files and questionnaires to assess the feasibility, patient satisfaction and potential cost reductions for such a technique. The median age of the patients was 59 years, and 29 operations were performed in ASA group III patients. The median postoperative hospital stay was 85 min. Conversion to general anaesthesia was necessary only in two cases, and nine patients needed overnight admission. One week postoperative morbidity was low with one case of transient cerebral ischaemia and one case of pneumonia, but no case of urinary retention. On follow-up, 88% were satisfied with the procedure, including unmonitored local anaesthesia. The cost reduction was at least 160 Pounds per patient compared with general/regional anaesthesia. We conclude that elective inguinal herniorrhaphy may be performed routinely under unmonitored local anaesthesia with a low postoperative morbidity, a high satisfaction rate and significant cost reductions.

Timing of removal of the laryngeal mask airway.

Year 1998
Nunez J. Hughes J. Wareham K. Asai T.
Department of Anaesthesia, School of Postgraduate Studies, Morriston Hospital, Swansea, UK.
Previous studies reported that complications associated with removal of the laryngeal mask were more frequent in awake patients than in anaesthetised patients; however, these studies did not comply with the method described in the manufacturer's instruction manual. The reported incidences of regurgitation during the use of the laryngeal mask also differ considerably between studies. We studied these factors in 66 patients in whom the method described in the manual was used. After induction of anaesthesia, the laryngeal mask and a pH probe were inserted and the cuff of the mask was inflated with a minimum volume of air. Anaesthesia was maintained with nitrous oxide and isoflurane in oxygen. At the end of the operation, we randomly allocated patients to one of two groups and the laryngeal mask was removed either while they were still deeply anaesthetised or after they had regained consciousness. No apparent regurgitation occurred in any patient during operation, but one patient in the anaesthetised group regurgitated immediately after removal of the mask. The incidence of complications during or after removal of the laryngeal mask was significantly greater in the anaesthetised group than that in the awake group (p
115
Версия для печати
Источник: https://gastroportal.ru/science-articles-of-world-periodical-eng/anaesthesia.html
© ГастроПортал
Перейти в раздел
Zhonghua Yi Xue Yi Chuan Xue Za Zhi
[The relationship between p53 mutation and esophageal cancer biological behavior]He Y. Li M. Shang…
Zhonghua Yi Xue Za Zhi (Taipei)
Tracheal agenesis with multiple congenital anomalies: a case report.Year 1998Wang CM. Chen SJ. Lu…
Z Gastroenterol
Quantification of hepatitis C virus RNA by RT-PCR in comparison to the branched DNA method.Year…
Zentralbl Gynakol
[Echinococcosis--case report and review of the literature]Year 1998Moller S. Kairies M. Krause… 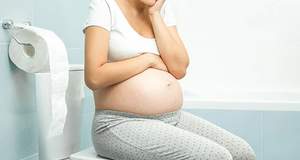