Pregnancy complications are frequent in long-chain 3-hydroxyacyl-coenzyme A dehydrogenase deficiency.

Year 1998
Tyni T. Ekholm E. Pihko H.
Division of Child Neurology, Children's Hospital, University of Helsinki, Finland.
OBJECTIVE: Preeclampsia-related complications of pregnancy have been detected in carriers of long-chain 3-hydroxyacyl-coenzyme A dehydrogenase deficiency, a recently discovered disorder of mitochondrial fatty acid oxidation. Because no comprehensive study is available, we studied the frequency of pregnancy complications in mothers who had given birth to children with this disorder. STUDY DESIGN: Data of all pregnancies of 18 mothers to 28 diagnosed patients with long-chain 3-hydroxyacyl-coenzyme A dehydrogenase deficiency were reviewed retrospectively. From a total 79 pregnancies 16 early abortions were excluded; 63 pregnancies were included, and the fetus was affected in 29. RESULTS: One child born prematurely died neonatally but none of the mothers died. Preeclampsia, the syndrome of hemolysis, elevated liver enzymes, and low platelets, and acute fatty liver of pregnancy occurred in 31% and intrahepatic cholestasis in 10% of pregnancies with a long chain 3-hydroxyacyl-coenzyme A-deficient fetus but in none of the pregnancies with a healthy fetus. A total of 40% of affected neonates were born prematurely and 47% had growth restriction, whereas none of the healthy neonates were premature and growth restriction occurred in only 17% (p < 0.01). Prematurity and growth restriction could not be explained solely by the preeclampsia-related conditions. CONCLUSIONS: In pregnancies with a long-chain 3-hydroxyacyl-coenzyme A-deficient fetus the frequency of preeclampsia-related conditions is high. The results support the role of fatty acid accumulation in the pathogenesis of preeclampsia. Analysis for the prevalent mutation of this deficiency may be warranted in pregnancies with severe preeclampsia.

Experience with oral methylprednisolone in the treatment of refractory hyperemesis gravidarum.

Year 1998
Safari HR. Alsulyman OM. Gherman RB. Goodwin TM.
Department of Obstetrics and Gynecology, University of Southern California School of Medicine, Los Angeles, USA.
OBJECTIVE: Our purpose was to describe the effect of oral methylprednisolone on the course of refractory hyperemesis gravidarum. STUDY DESIGN: Patients with intractable hyperemesis gravidarum were candidates for oral methylprednisolone. Forty-eight milligrams per day was given for 3 days followed by a tapering dose over 2 weeks. If vomiting recurred after 2 weeks of therapy or during tapering, the medication was restarted or extended but not longer than 1 month total. RESULTS: Seventeen of 18 patients (94%) were free of vomiting and were able to tolerate a regular diet within 3 days. Seven did not have further symptoms during their pregnancies. Nine vomited during or after tapering, but 7 of these responded to extension or reinstitution of therapy. Four of 6 patients on total parenteral nutrition at the start of therapy had a complete response within 3 days. CONCLUSIONS: A short course of oral methylprednisolone appears to be a reasonable therapeutic alternative for intractable hyperemesis.

Field cancerization: why late recurrent ovarian cancer is not recurrent.

Year 1998
Buller RE. Skilling JS. Sood AK. Plaxe S. Baergen RN. Lager DJ.
Department of Obstetrics and Gynecology, The University of Iowa Hospitals and Clinics, Iowa City, USA.
OBJECTIVE: Late "recurrence" of ovarian cancer may result from either regrowth of dormant tumor cells or from development of a new cancer caused by the phenomenon of field cancerization. Clinically, some recurrent ovarian cancers show the same therapeutic sensitivities to chemotherapy and surgery as did the primary disease, whereas others are refractory to all therapy. We hypothesize that recurrent ovarian cancers are distinguishable on the basis of a molecular genetic fingerprint and that some are actually new primary cancers of the peritoneum rather than recurrent ovarian cancer. STUDY DESIGN: We constructed molecular genetic fingerprints of 13 paired primary and late recurrent ovarian cancers to study their clonal relationships. The tumor pairs were analyzed for p53 mutations and allelotypes, patterns of X-chromosome inactivation, loss of heterozygosity, and microsatellite instability at 12 different loci on 6 different chromosomes. Techniques used included single-strand conformational polymorphism mutation screening and polymerase chain reaction-based sequence analysis of the p53 locus, restriction digestion of the androgen receptor locus to determine X-chromosome inactivation, and polyacrylamide gel electrophoresis of highly polymorphic dinucleotide, trinucleotide, and tetranucleotide repeats. RESULTS: The average age at initial diagnosis for this cohort was 54.7 years (range 45.3 to 65.5). Mean interval to recurrence was 42.7 months (range 28 to 62). Molecular fingerprints were characterized for 4 to 8 informative loci per tumor pair. The fingerprints of 10 (77%) differed significantly, strongly suggesting that a second primary cancer had developed. The remaining 3 tumor pairs demonstrated identical allelotypes consistent with regrowth of dormant tumor cells. CONCLUSION: Our results are consistent with the "field cancerization" hypothesis of ovarian carcinogenesis but could also be explained by a polyclonal tumor origin, which contrasts with the currently accepted monoclonal theory of ovarian carcinogenesis. Late development of a new primary cancer may herald the proband as a member of a familial cancer phenotype. These studies provide a molecular genetic rationale that both explains and prognosticates the clinical course of recurrent ovarian cancer.

Fetal anomaly detection by second-trimester ultrasonography in a tertiary center.

Year 1998
VanDorsten JP. Hulsey TC. Newman RB. Menard MK.
Prenatal Wellness Center, Department of Obstetrics and Gynecology, Medical University of South Carolina, Charleston, USA.
OBJECTIVE: Our purpose was to determine the relative accuracy of indicated versus screening second-trimester ultrasonography for detection of fetal anomalies and to assess the cost effectiveness of anomaly screening. STUDY DESIGN: The study population consisted of 2031 pregnant women with singleton gestations who prospectively underwent ultrasonographic scanning between 15 and 22 weeks and received complete obstetric care at the Medical University of South Carolina between July 1, 1993, and June 30, 1996. Patients were divided into two groups: (1) indicated and (2) screening. The cost of screening ultrasonography was compared with the cost of newborn care for selected anomalous fetuses. RESULTS: Forty-seven fetuses (2.3%) were diagnosed by ultrasonography as having a major anomaly: 8.6% in the indicated group and 0.68% in the screening group (p=0.001). The sensitivity for detecting the anomalous fetus was 75.0% overall: 89.7% in the indicated group and 47.6% in the screening group (p=0.001). Of the 47 patients diagnosed with fetal anomalies, 11 (23.4%) chose pregnancy termination; of the 35 (74.5%) live-born anomalous infants, 29 (82.9%) were discharged alive. Projected newborn cost savings offset the cost of routine midtrimester screening. CONCLUSIONS: Detection of anomalous fetuses was significantly better in the indicated compared with the screening group. Nevertheless, routine ultrasonographic screening appeared cost-effective in our population.

Laparoscopic surgery: the effects of insufflation gas on tumor-induced lethality in nude mice. 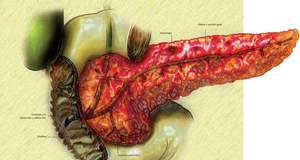