Year 1998
Mylotte JM.
Department of Medicine, School of Medicine and Biomedical Sciences, State University of New York at Buffalo, USA.
BACKGROUND: Clostridium difficile is the most common infectious cause of endemic nosocomial diarrhea, but traditional surveillance methods for this infection can be time-consuming. The purpose of this article is to (1) describe a laboratory surveillance method for nosocomial diarrhea and nosocomial Clostridium difficile diarrhea (CDD) that does not require chart review and (2) describe some of the epidemiology of these infections at a university-affiliated, public hospital by using this surveillance method. METHODS: The main assumption underlying the surveillance method is that all patients with nosocomial diarrhea have a C. difficile stool toxin assay performed. On the basis of this assumption, the frequency of testing stool samples for toxin is considered a surrogate for the occurrence of nosocomial diarrhea; it is also assumed that the results of the stool toxin assay distinguish between those with (positive assay) and without (negative assay) CDD. During the study period (January 1, 1993, to August 30, 1996) surveillance for nosocomial CDD was performed by monitoring results of C. difficile stool toxin assays done with the Cytoclone A and B enzyme immunoassay. Each month a list of results of all assays performed was reviewed and patients were excluded on the basis of the following criteria. First, patients with assays done within the first 4 days of admission were assumed to have community-acquired diarrhea and excluded. Among patients with assays done > 4 days after admission, patients with two or more assays done within a 7-day period were counted only once; repeated assays (positive or negative) in the 14 days after an initial positive assay (indicating nosocomial CDD) were excluded, but assays done more than 14 days after a positive or a negative assay were counted separately (representing a relapse or new episode of diarrhea). Patients remaining on the list after all the exclusion criteria were applied represented those with nosocomial diarrhea. RESULTS: The mean (+/- SD) frequency of episodes of nosocomial diarrhea per month for each study year (1993, 1994, 1995, and first 8 months of 1996) was 52.6 +/- 16.2, 51.4 +/- 10.5, 49.2 +/- 9.3, 57.8 +/- 11.6, respectively (p = 0.48 by ANOVA); the mean frequency of nosocomial diarrhea per 1000 admissions per month was 48.4 +/- 14.5, 47.7 +/- 10.9, 44.0 +/- 9.6, and 51.6 +/- 9.3, respectively (p = 0.52); and the mean frequency of nosocomial CDD episodes per 100 episodes of nosocomial diarrhea was 24.7 +/- 8.5, 18.9 +/- 4.8, 17.4 +/- 5.7, and 12.2 +/- 7.2, respectively (p = 0.003). The median time (days) after admission to the onset of nosocomial CDD (first positive assay) for each study year was 14.5, 13.0, 12.0, and 13.0, respectively. CONCLUSIONS: Although not all of the underlying assumptions of the method have been verified, the similarity of the findings in the present study to those of previously published studies of nosocomial CDD suggests that the method is valid. Alternatives to traditional methods of performing nosocomial infection surveillance need to be developed so that infection control practitioners can focus more of their efforts on prevention activities.
153
Версия для печати
Источник: https://gastroportal.ru/science-articles-of-world-periodical-eng/am-j-infect-control.html
© ГастроПортал
Перейти в раздел
Zhonghua Yi Xue Yi Chuan Xue Za Zhi
[The relationship between p53 mutation and esophageal cancer biological behavior]He Y. Li M. Shang…
Zhonghua Yi Xue Za Zhi (Taipei)
Tracheal agenesis with multiple congenital anomalies: a case report.Year 1998Wang CM. Chen SJ. Lu…
Z Gastroenterol
Quantification of hepatitis C virus RNA by RT-PCR in comparison to the branched DNA method.Year…
Zentralbl Gynakol
[Echinococcosis--case report and review of the literature]Year 1998Moller S. Kairies M. Krause… 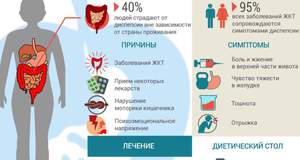